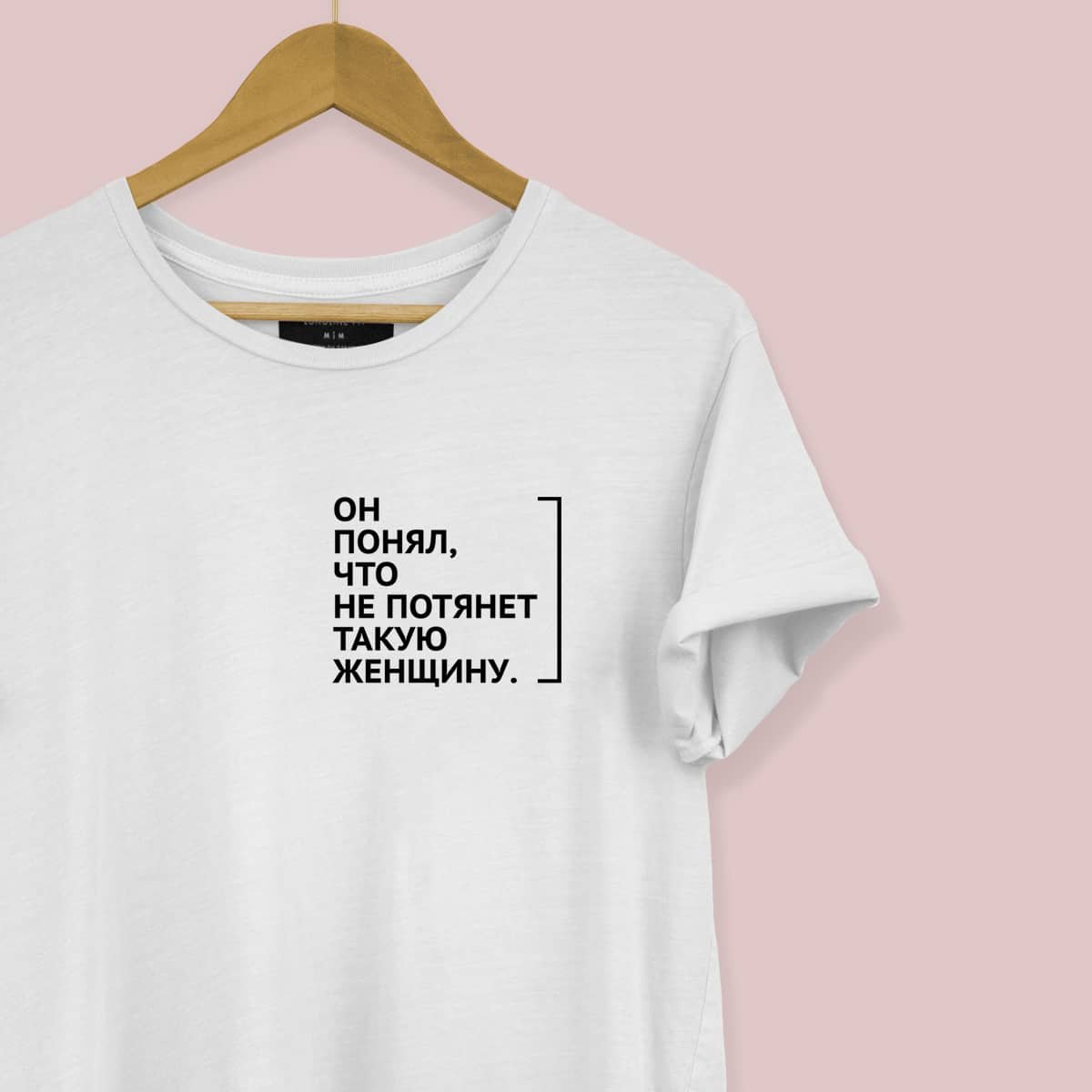 This ironic series of t-shirts is called Da Best / Лучшая.] and made in collaboration with the Moscow-based fashion and jewelry designer Fineartshop.ru
It is dedicated to popular female memes or, to be precise, the widespread misconceptions and illusions regarding gender relationships, that prevent women from seeng the reality. A man disappeared? That's because he just got scared of his feelings. Or because he's realized that he can't pull such a woman. This is exactly that this t-shirt says in Russian. Even if it's you secretly think exactly like this, there's an opportunuty to fool everybody and pass as a self-ironic person. : )

Shipping is not included in the price.

In order to buy the t-shirt, please, contact us, having mentioned a desirable size or/and your measurements.