All the project’s visual production is based on the images of neural maps of а brain meant to support the key notion of the project through the chain of associations: creativity as brain activity, studying as forming new neural connections. The title picture of the web-site is the first in-depth mammal brain map made by Allen Institute for Brain Science in 2014 that is a triumph of the human mind itself and also reflects the idea of the festival. Looking highly technologically, at the same time it has a resemblance with traditional Ukrainian embroidery and a night light map. The brain map’s colours were used for topic navigation: Education, IT, Art & Entertainment, Social Impact, Lifestyle. 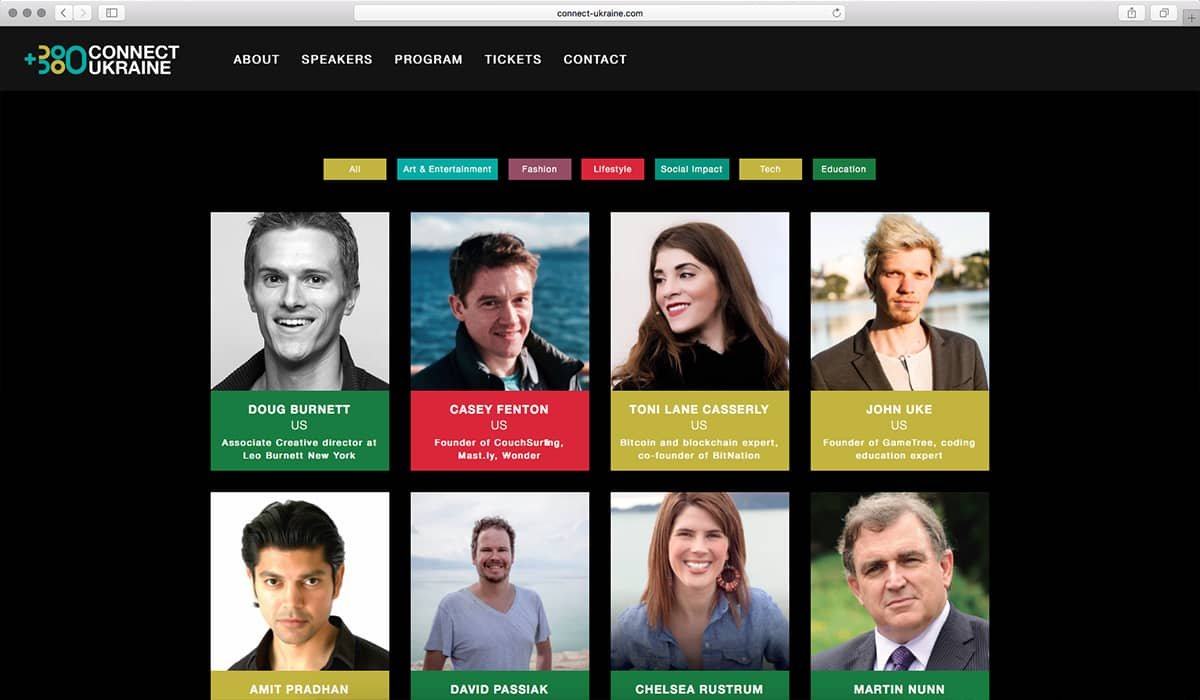 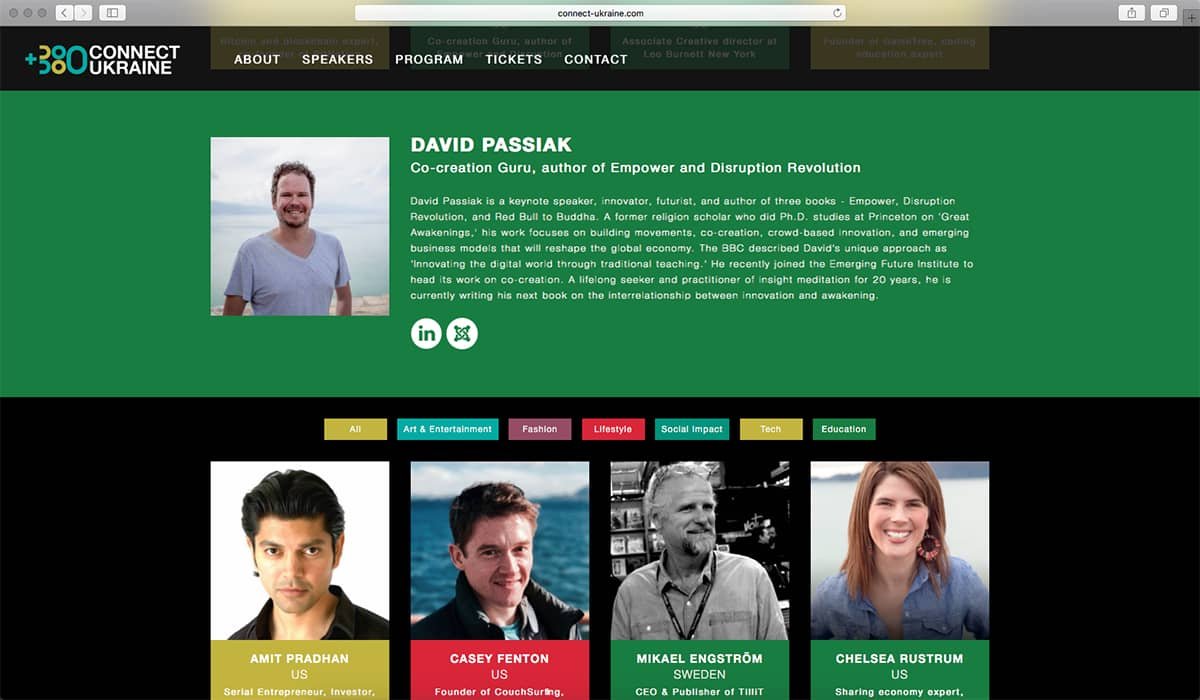