Third year in a row we were responsible for Luxoft Ukraine New Year event — this time, due to the quarantine, it was supposed to happen in the online format on December 23, 2020. The challenges we faced were: a very modest budget and only 3 weeks for preparation.

The client requested something warm and heartfelt, highlighting the meaning of human communication that became so relevent this year of total digitalisation and isolation. So we came up with the concept of Analog Christmas, a small chamber event made as a live jam session broadcasted from a real recording studio. Famous musicians in their natural enviroment, music improvisations and collaborations, acoustic versions of the well known songs, live conversations in the radio format, warm lights and a Christmas tree — all this was meant to create the analog mood everybody had missed so much. We booked a few famous bands and radio hosts. 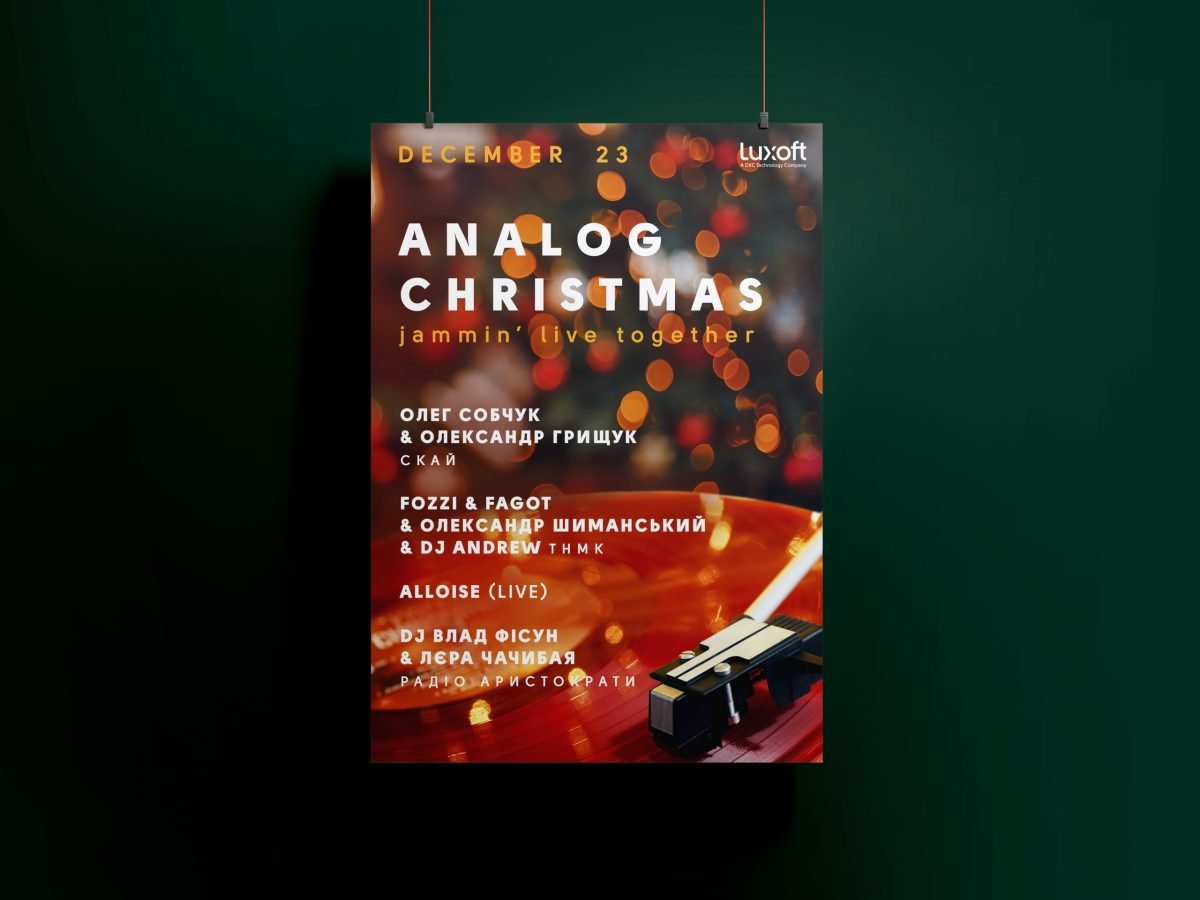 In order to create the analog holiday atmoshere, in visual materials we used real photographs in a warm palette: Christmas lights out of focus, and a red vinyl record that became a key element of the event’s branding. 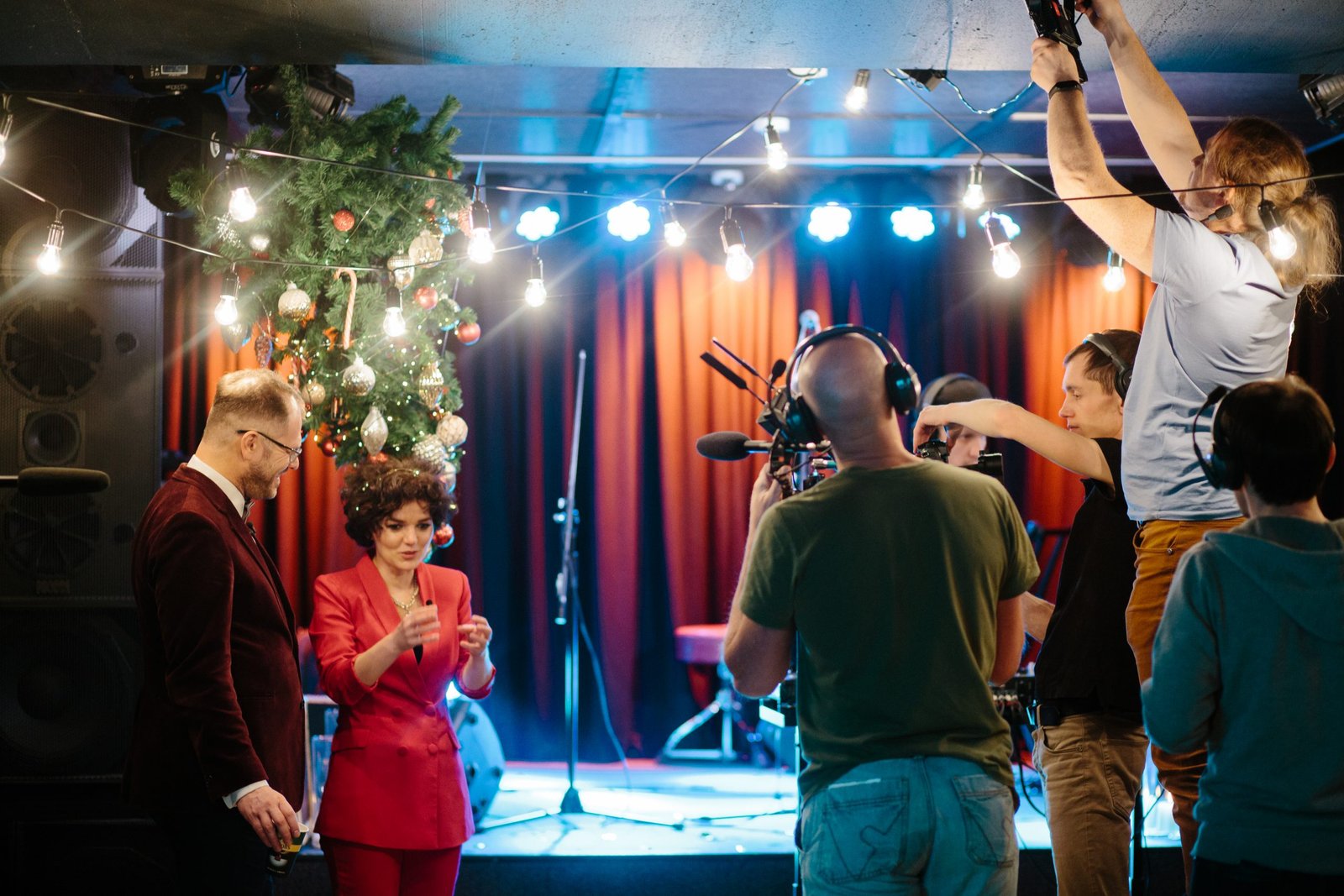 As a filming set we chose a multifunctional cozy space of Masterskaya, containing multiple recording studios, a stage, chill out rooms and a bar, that allowed us to have a few different shooting locations and various backgrounds for action. We slightly decorated it with traditional warm light bulbs and Christmas attributes,  but added a small twist — our pine tree was breaking into the frame as a rocket, paying a tribute to the craziness of this year when everything turned upside down. 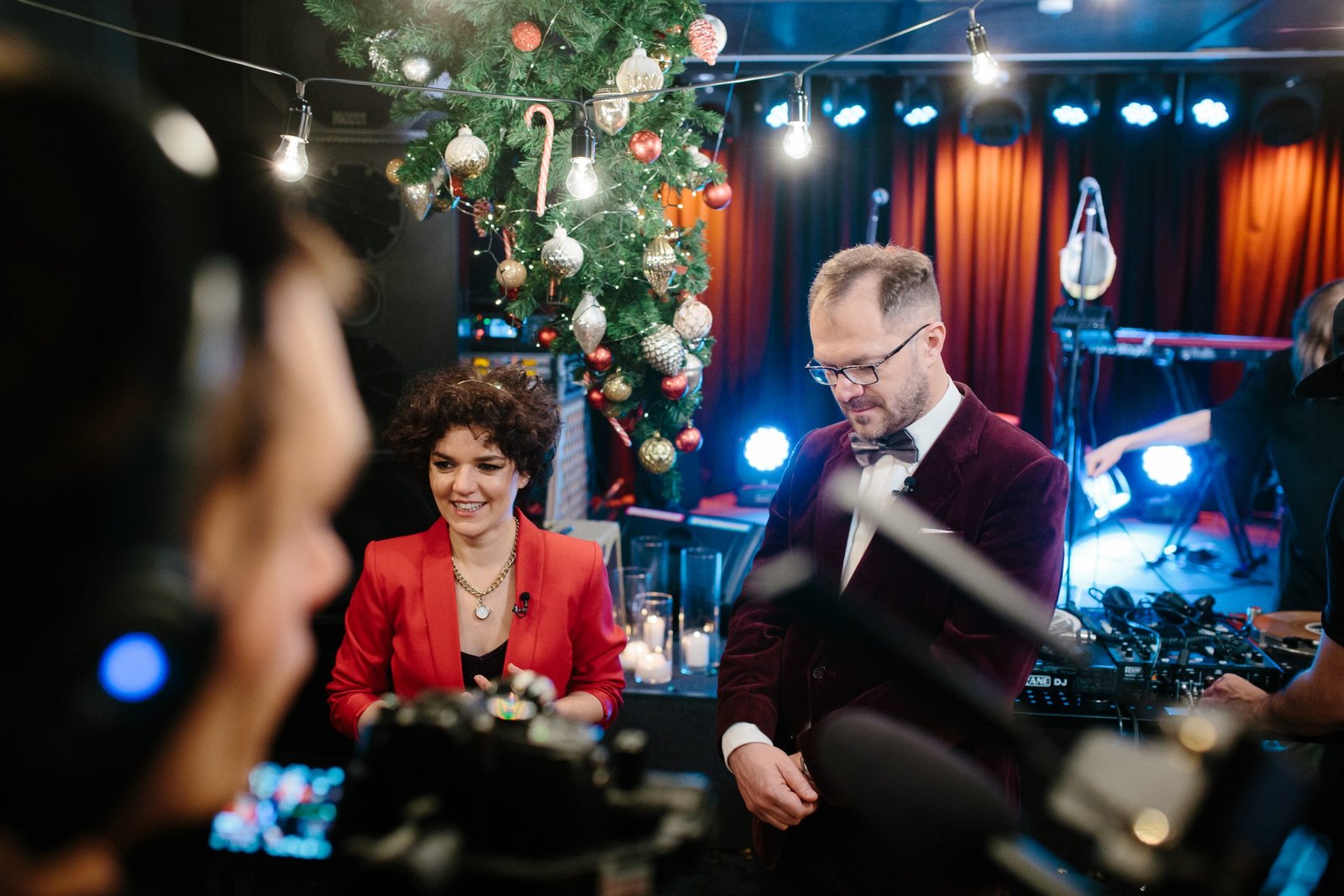 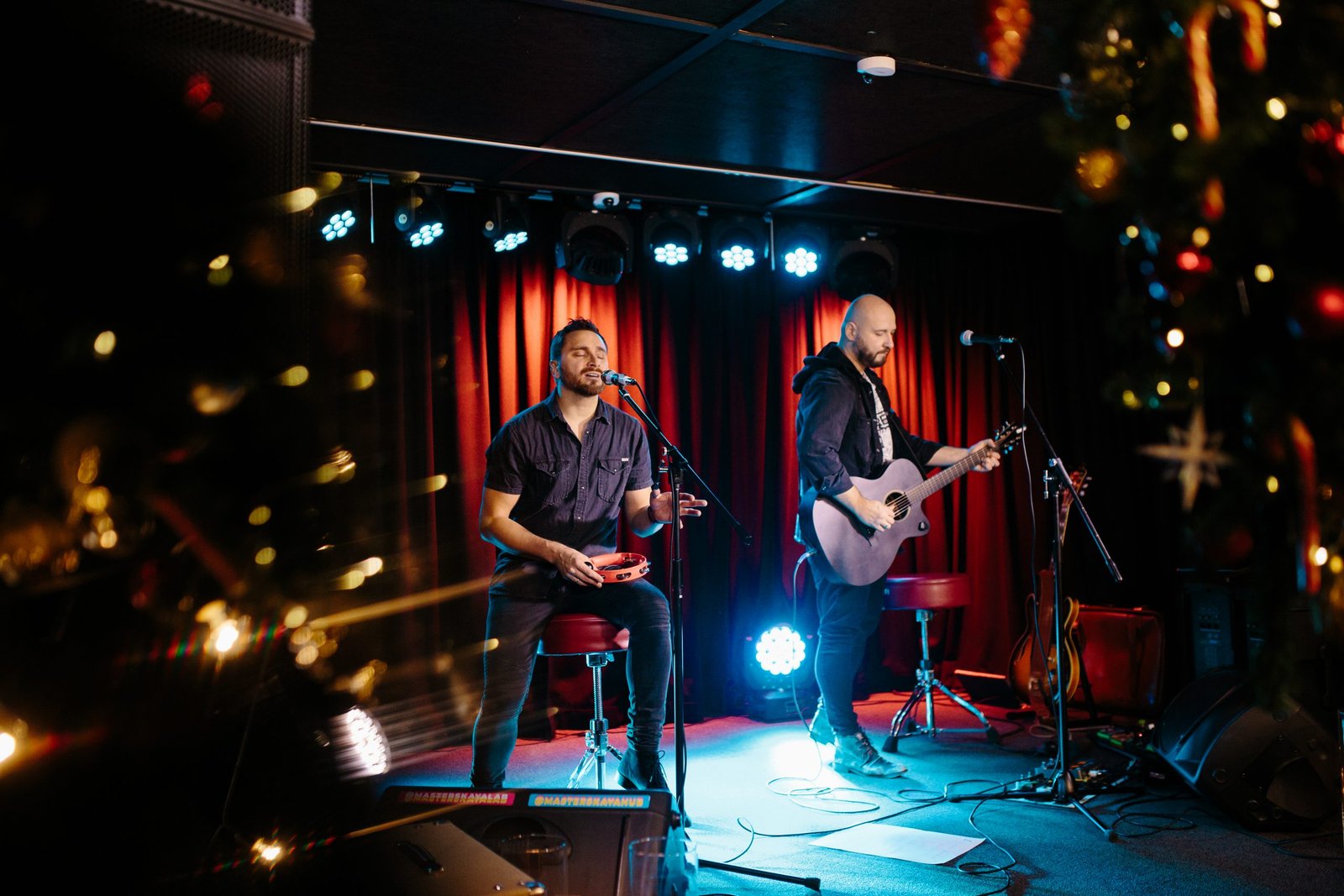 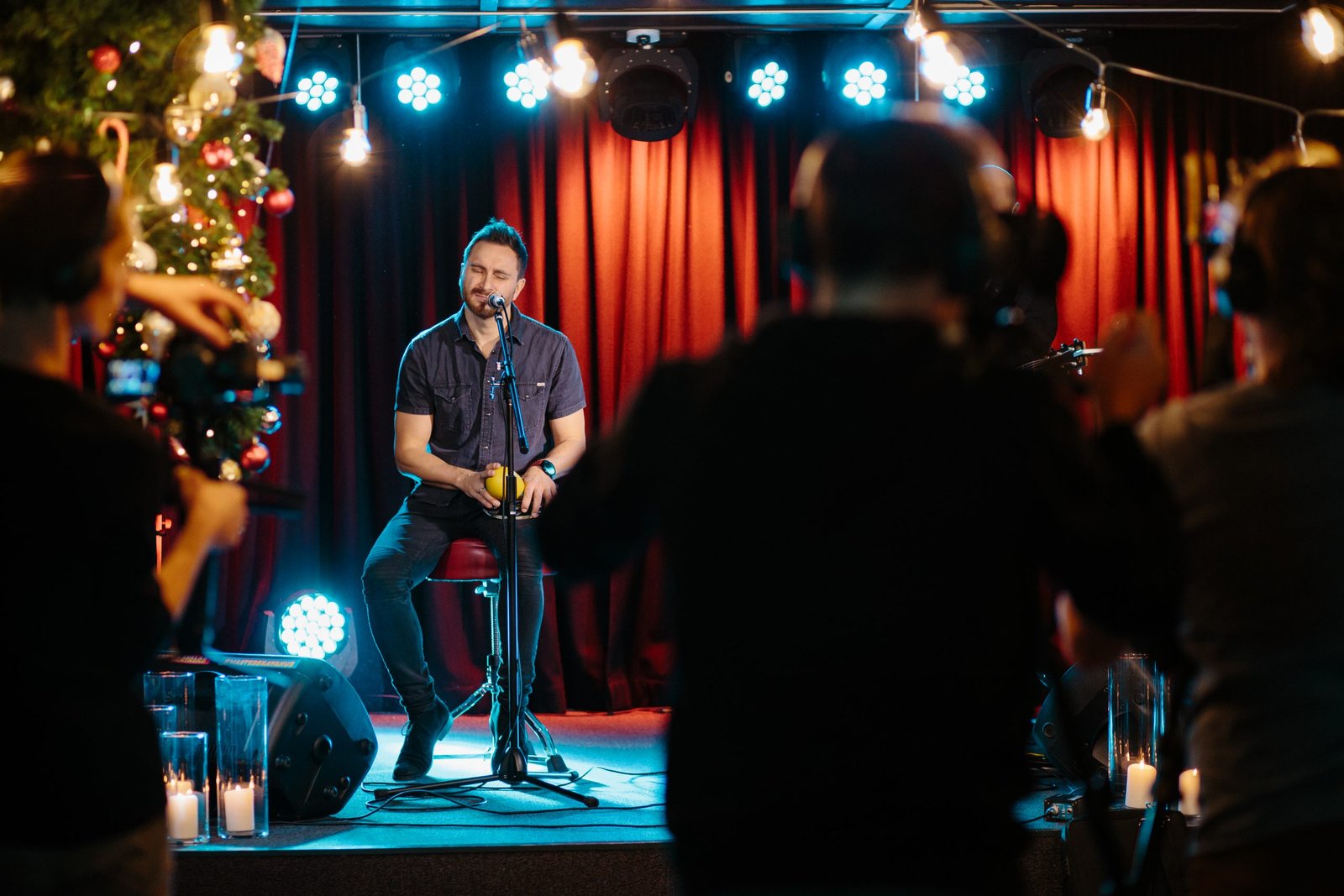 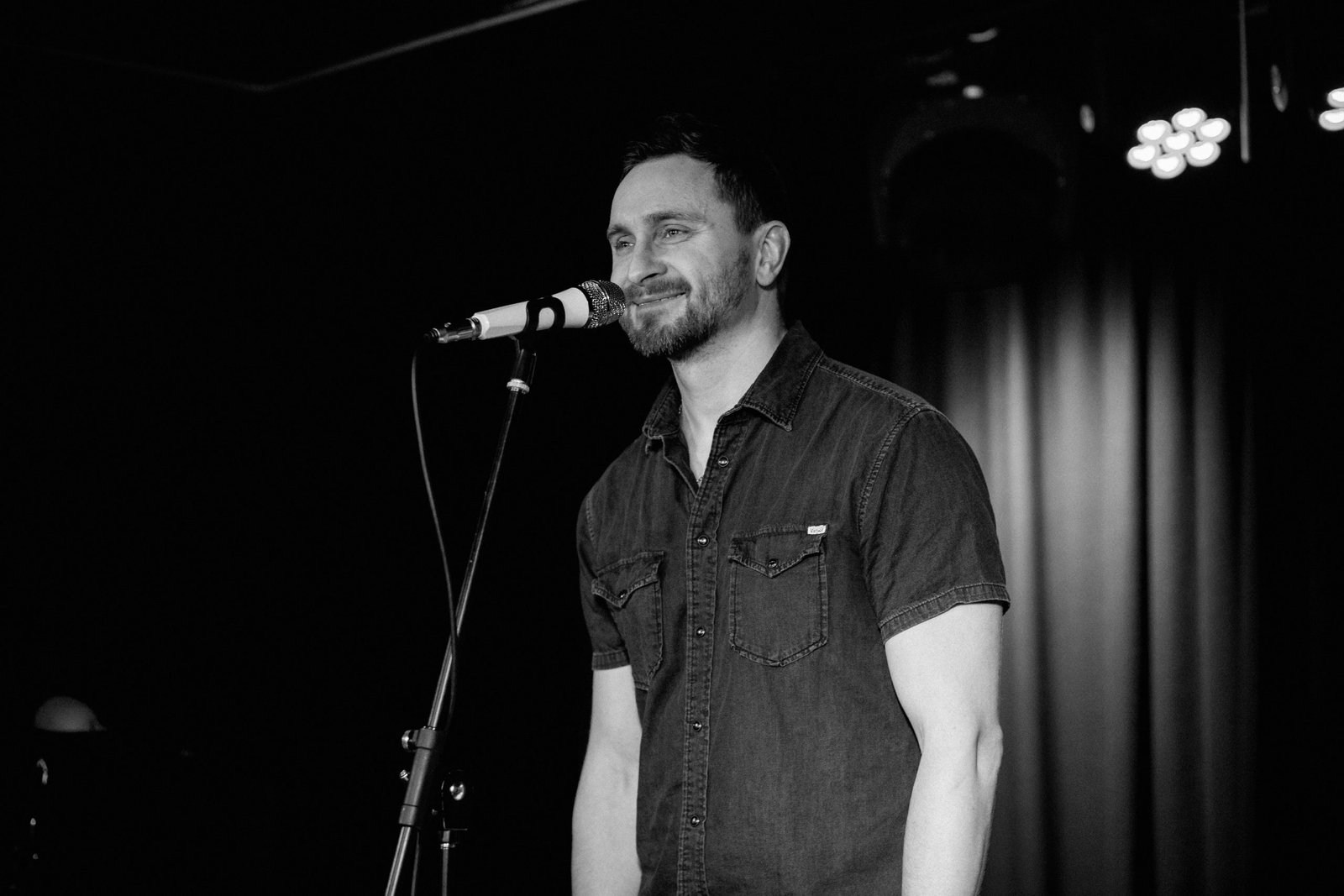 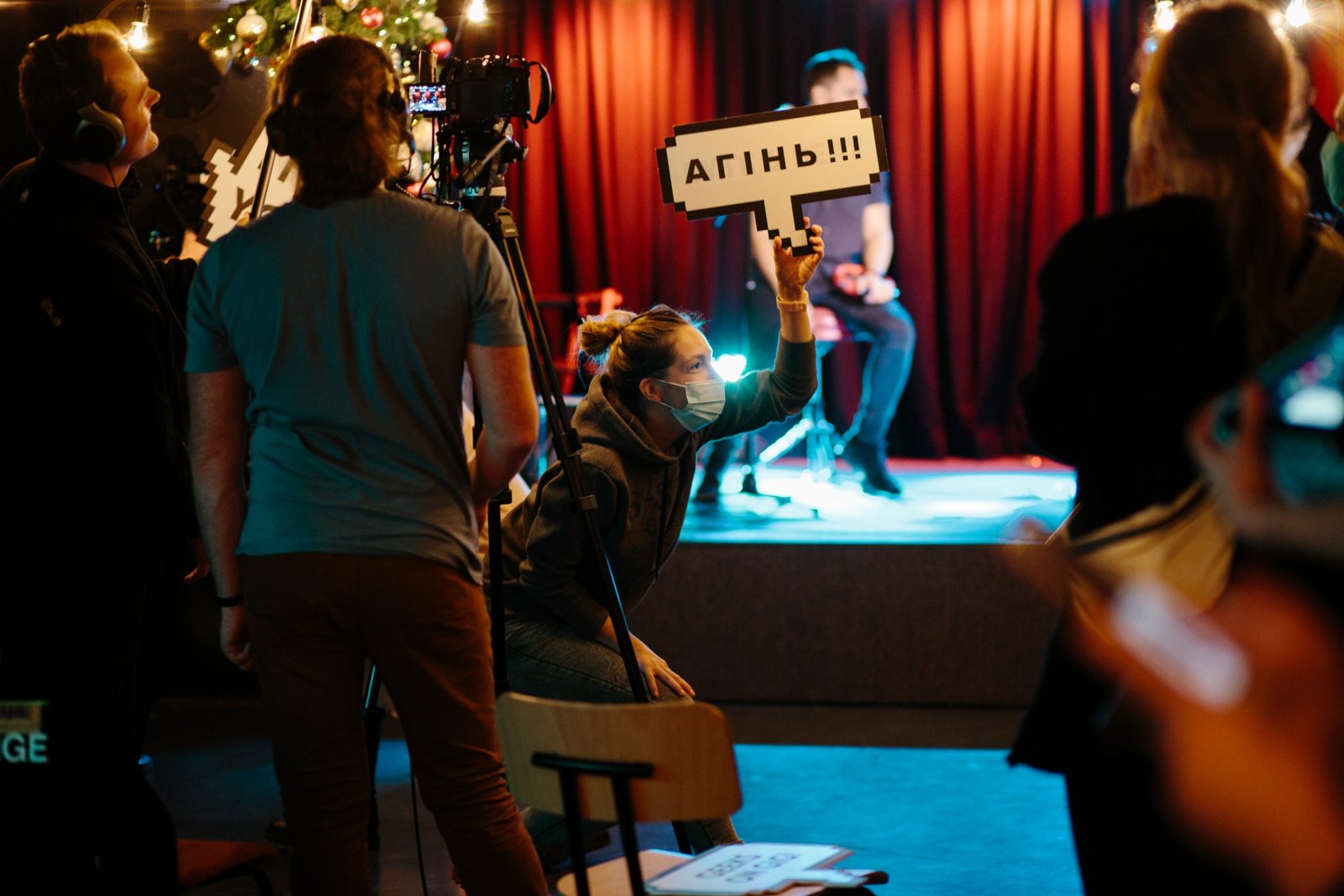 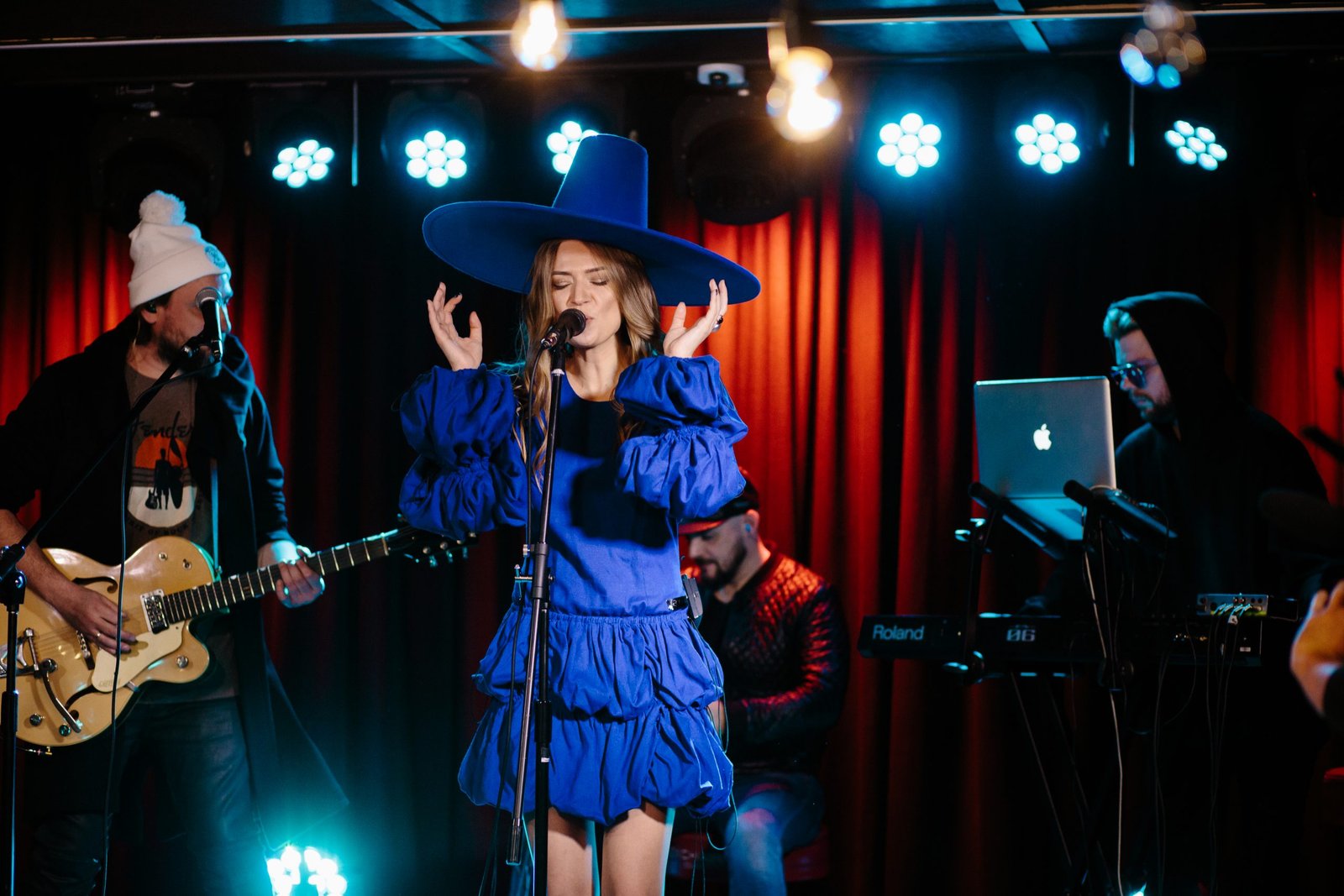 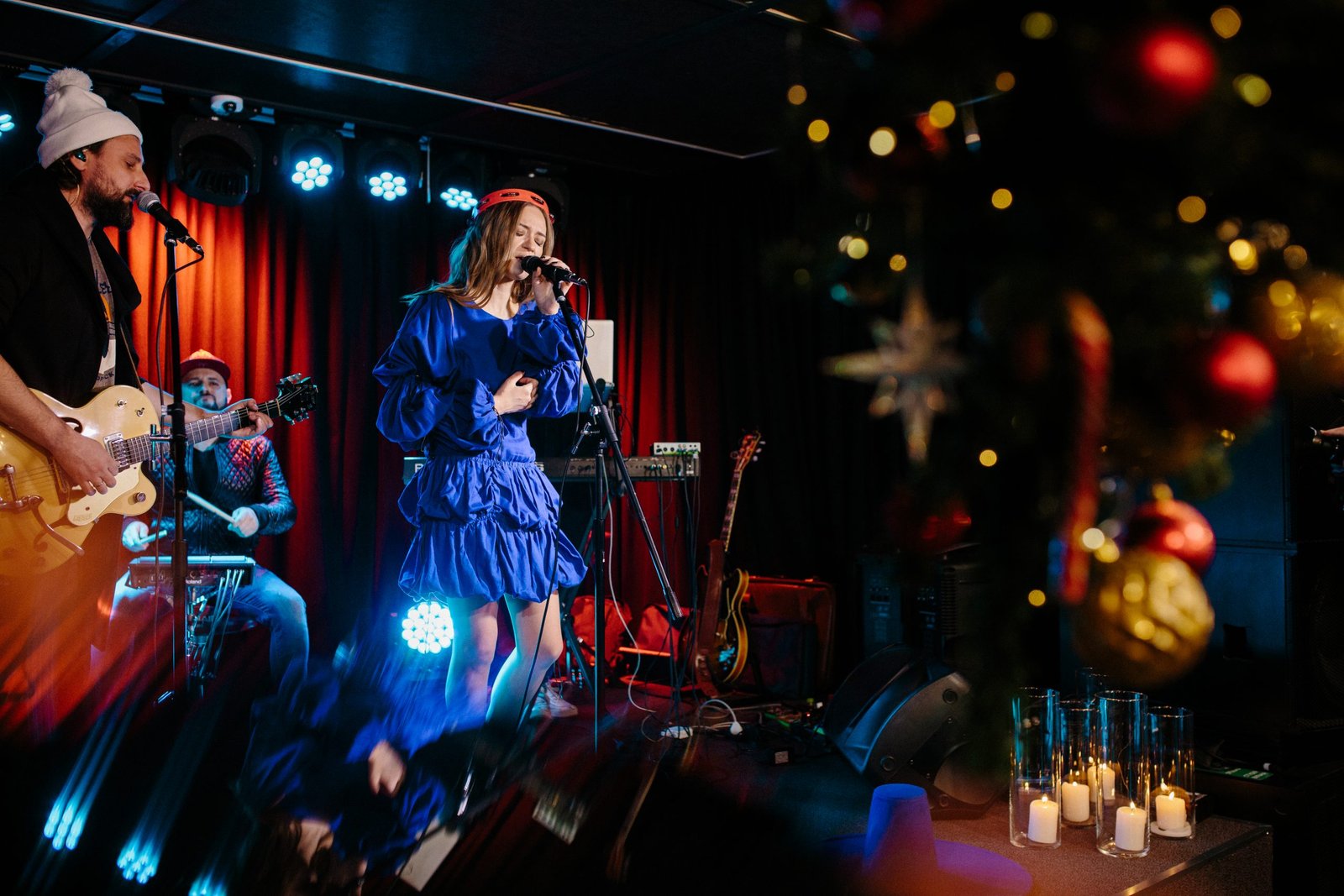 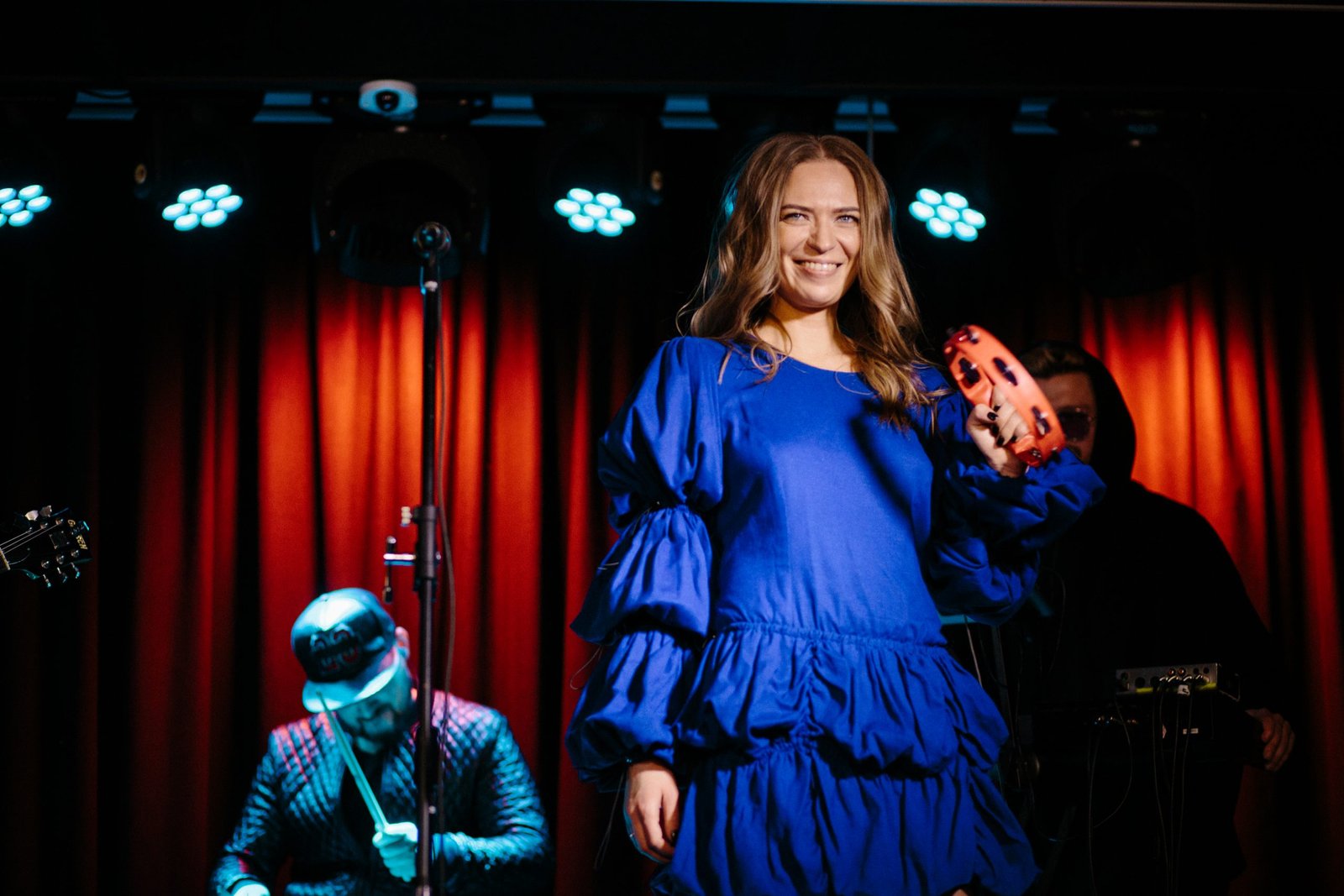 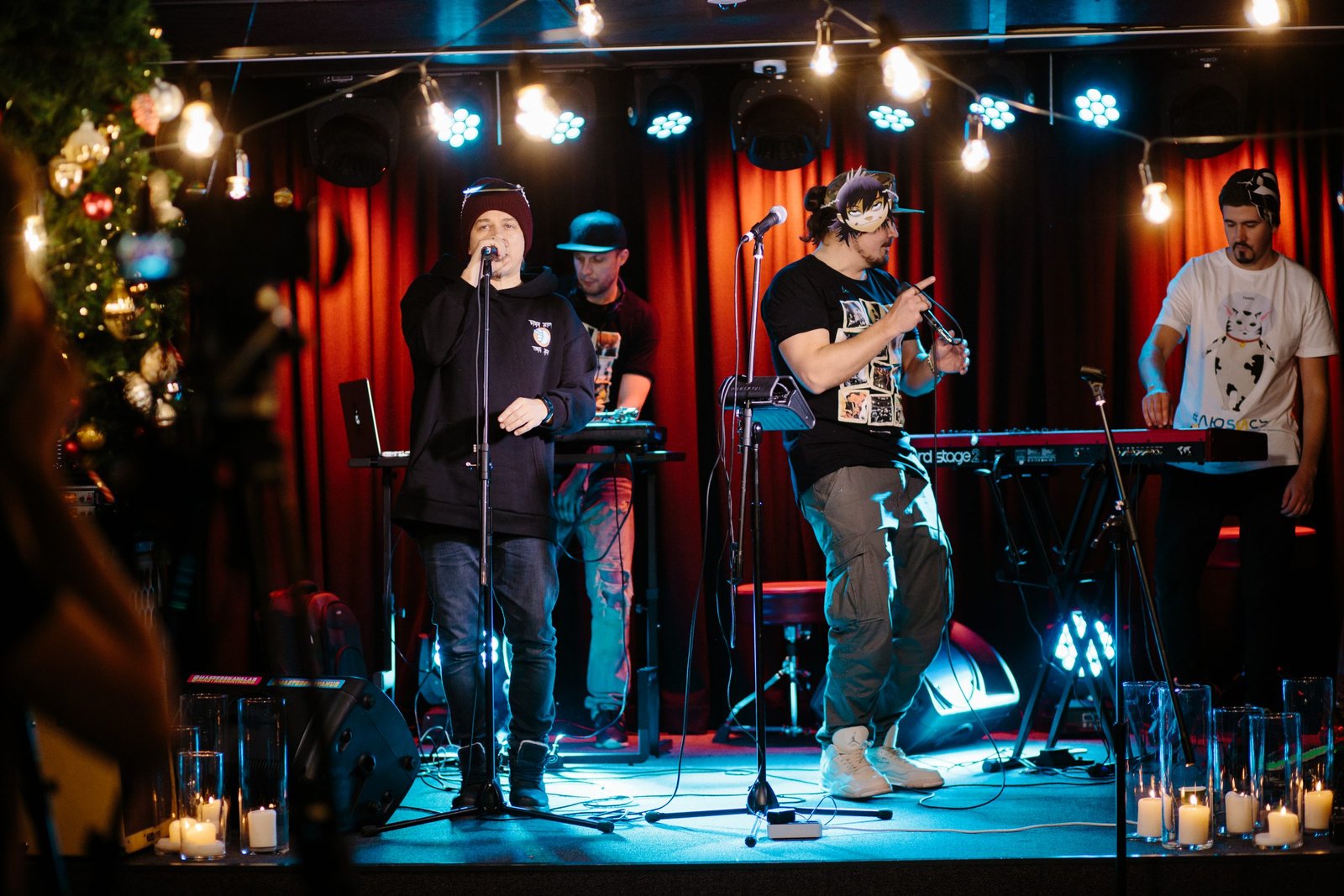 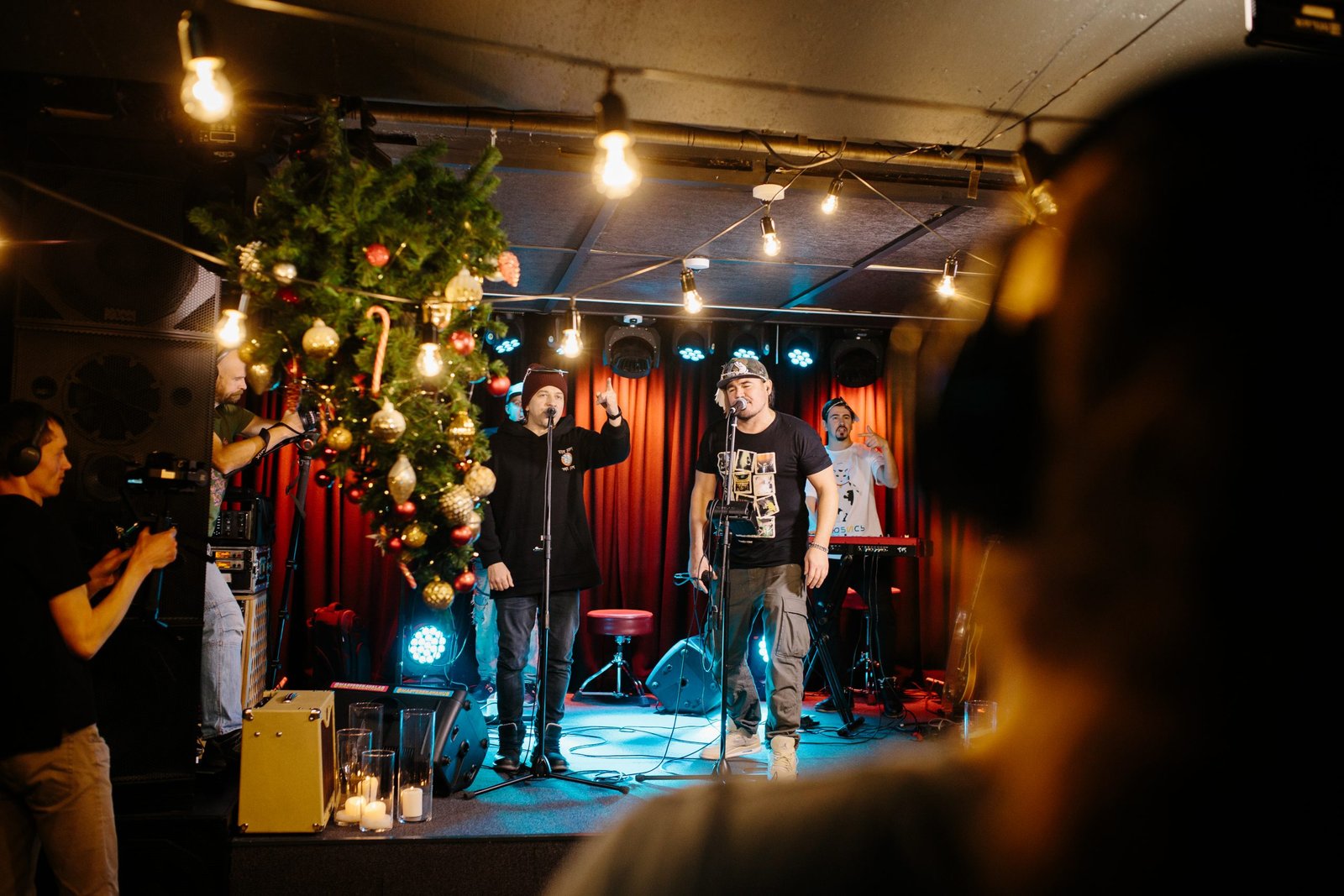 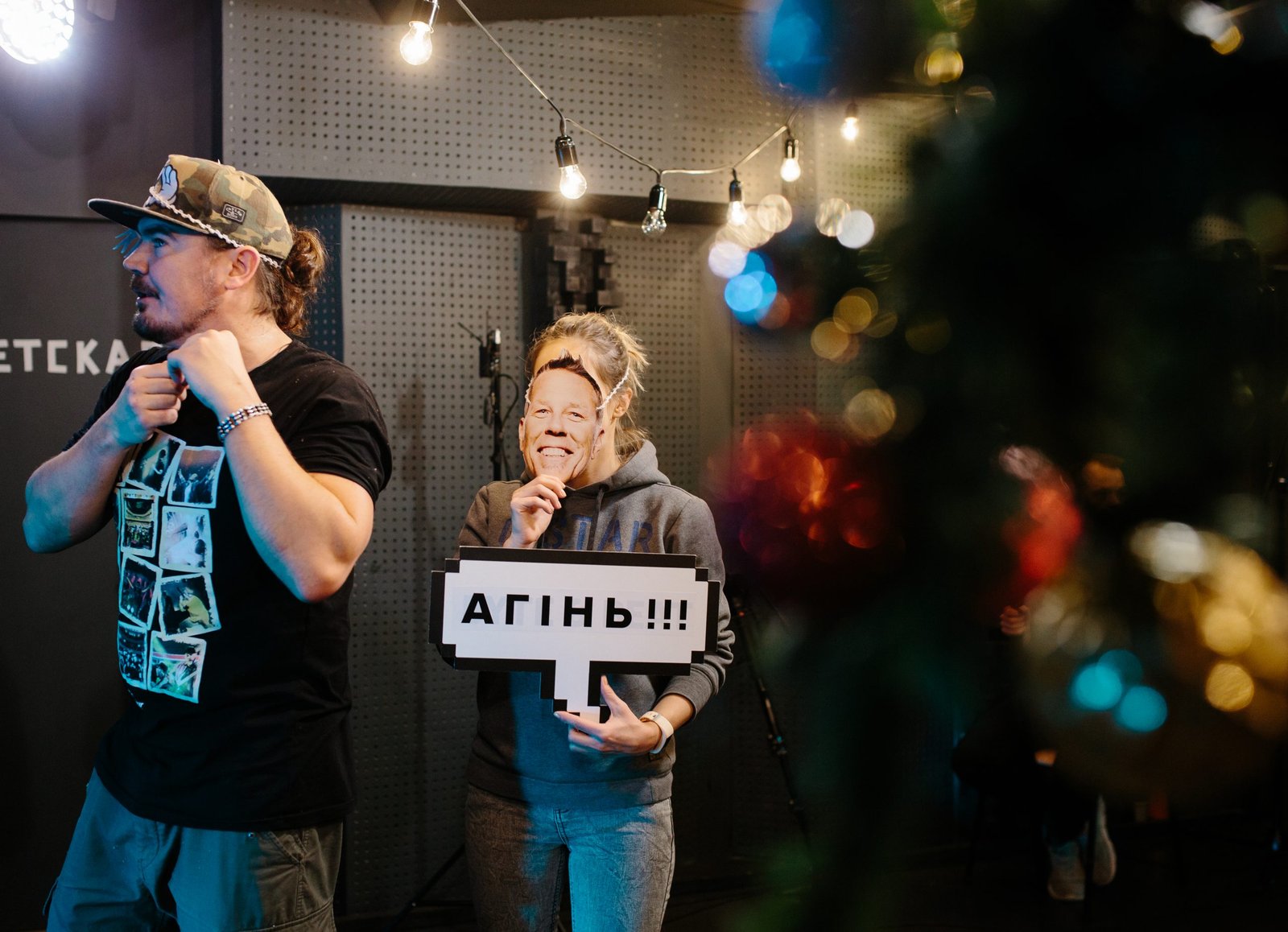 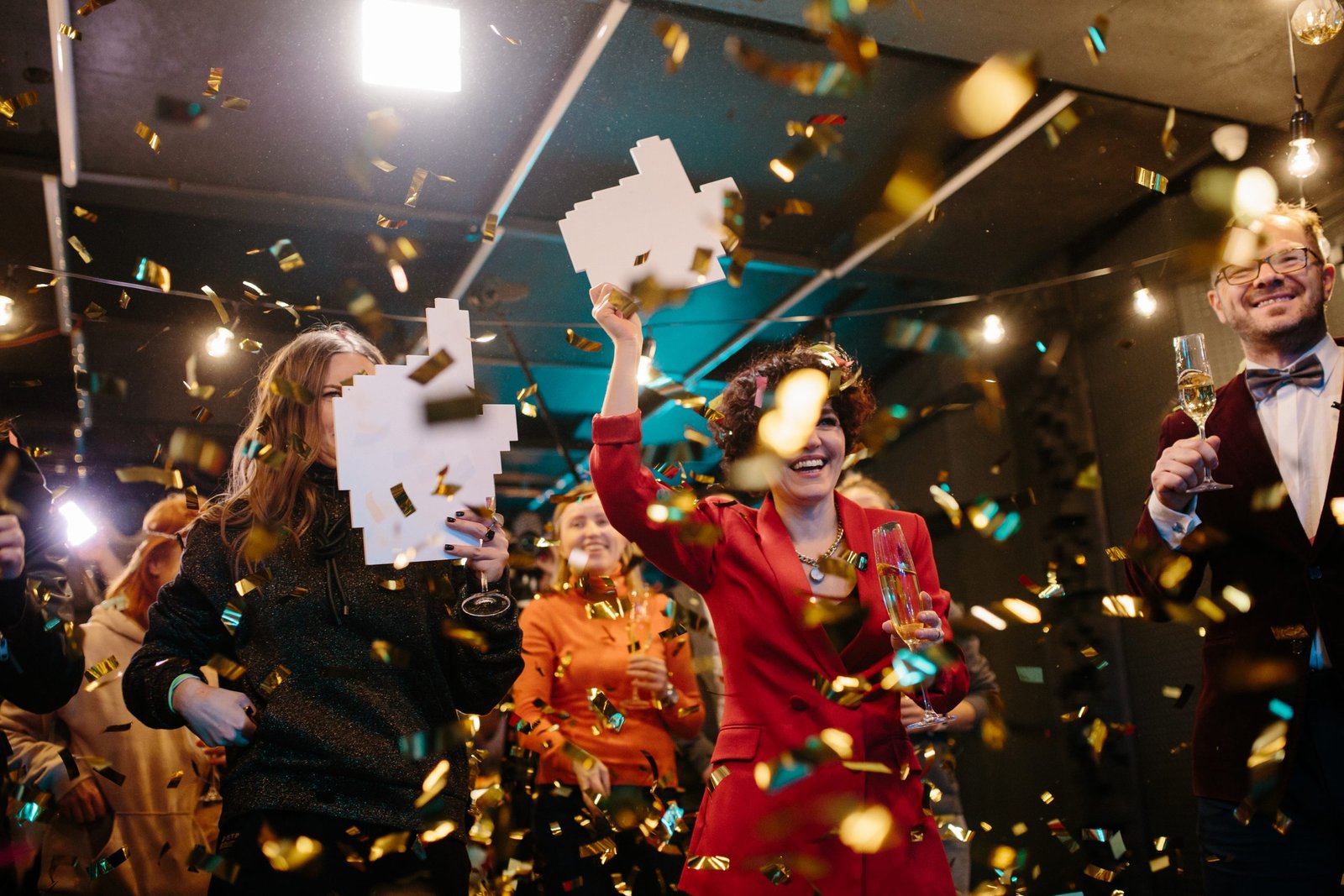 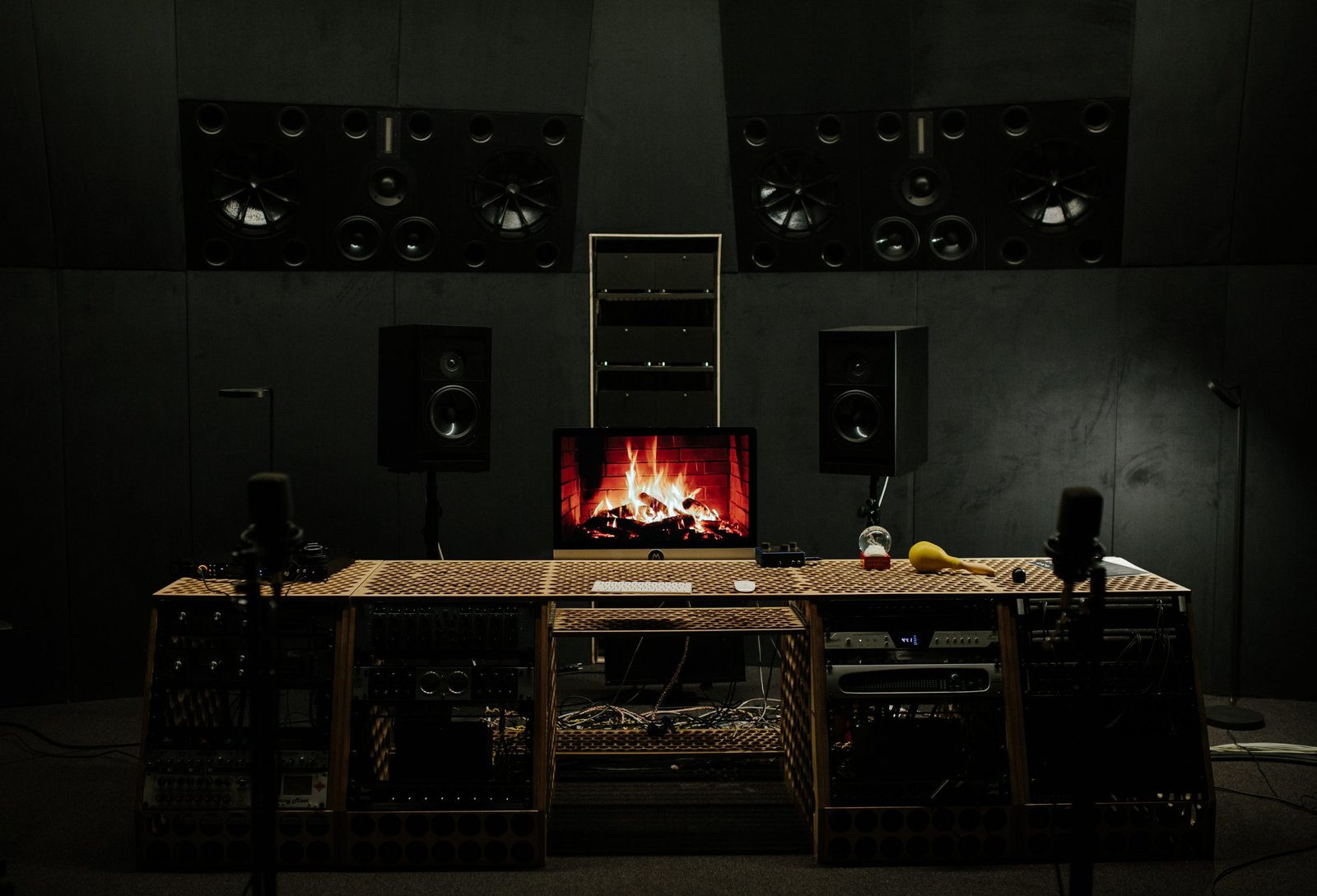 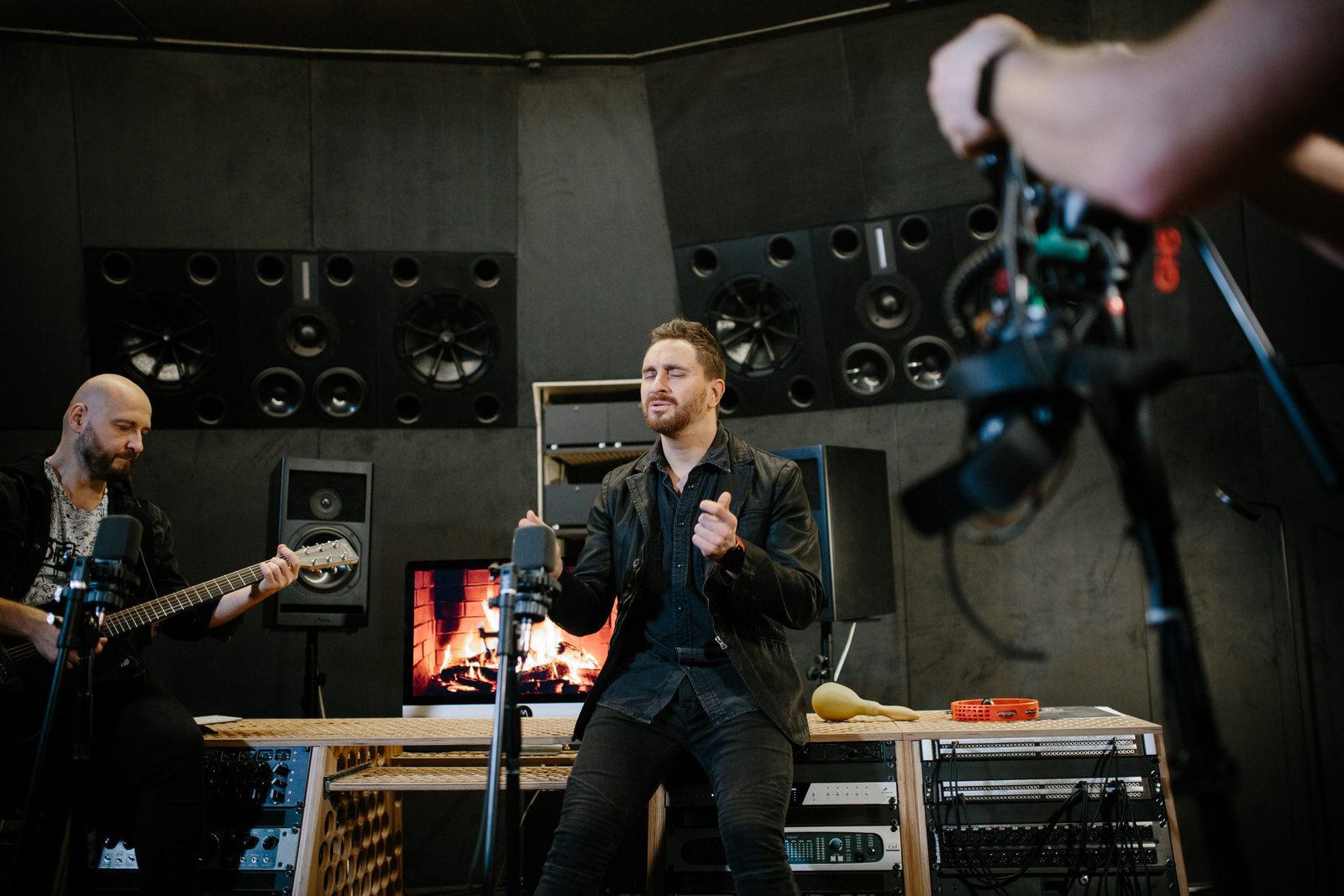 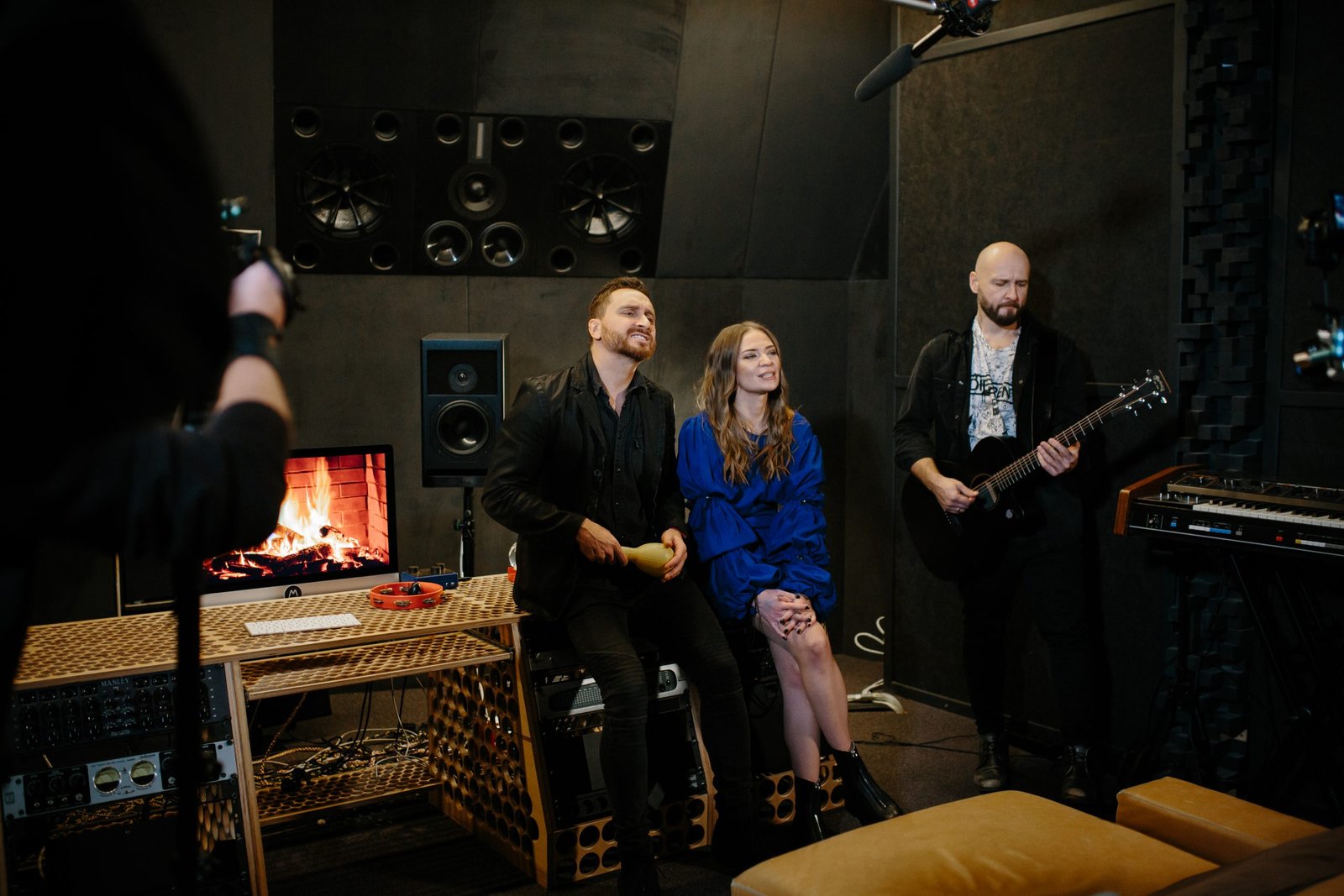 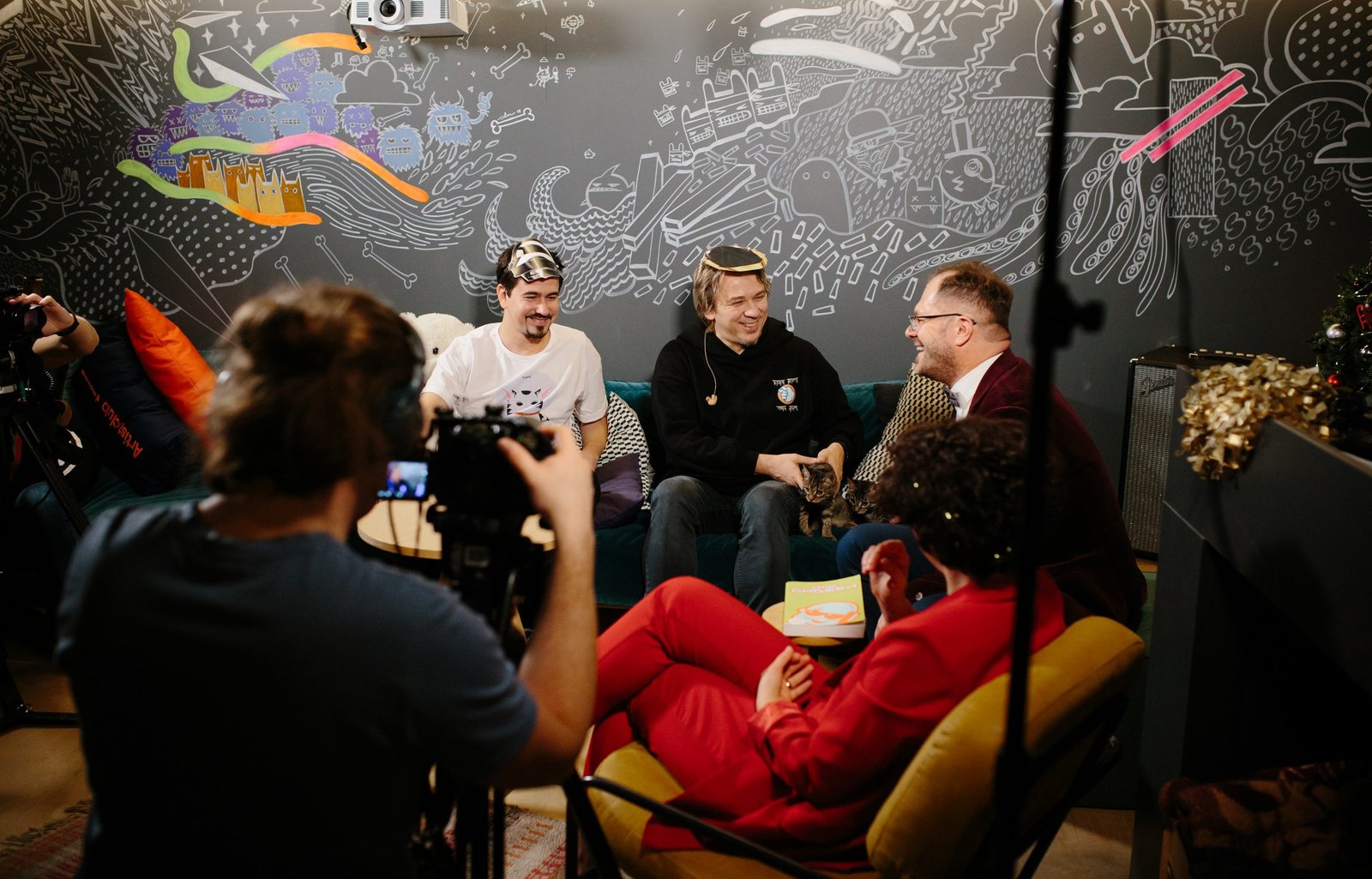 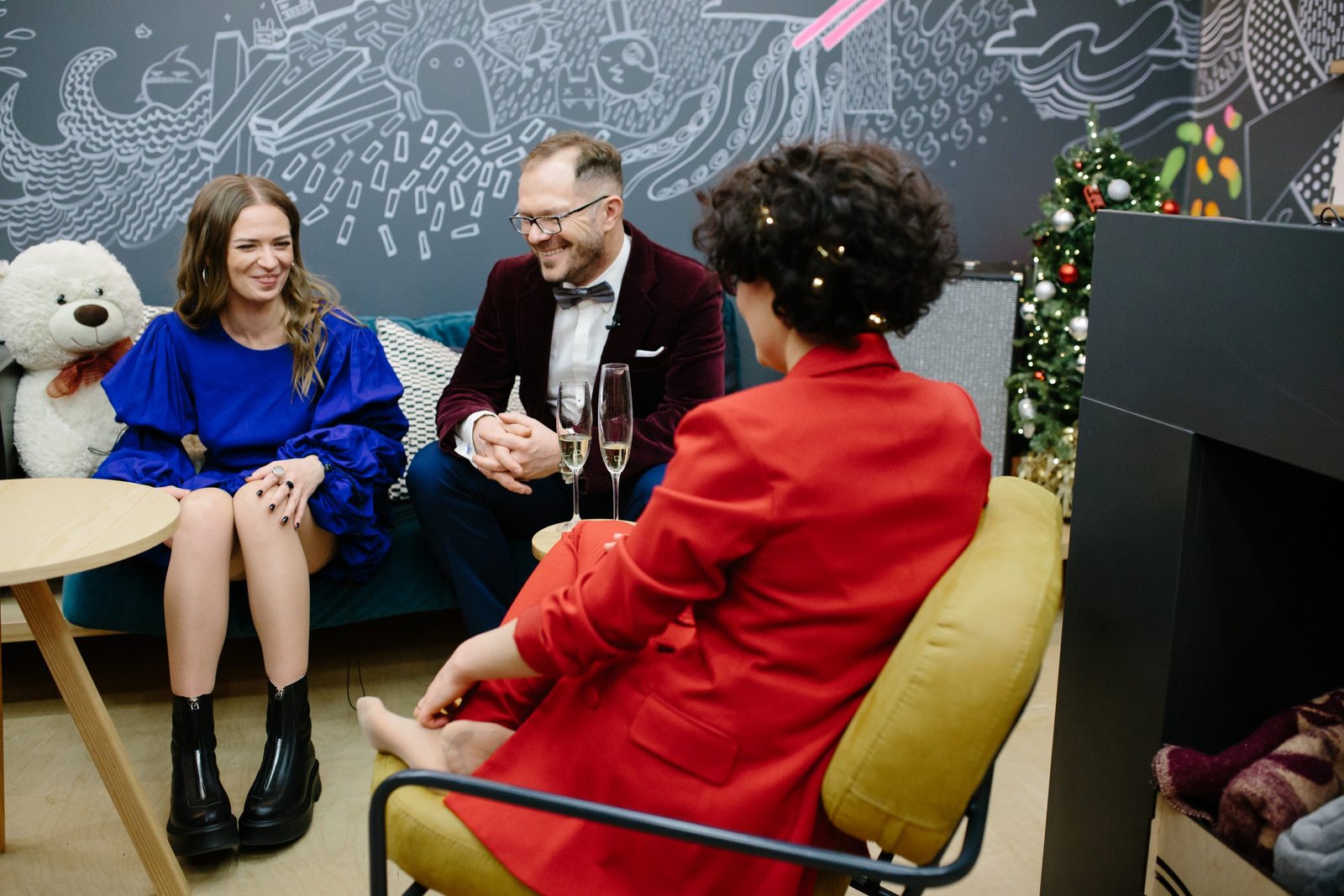 Studio interviews with guests: in spite of the quarantine, it’s been a productive year for many. 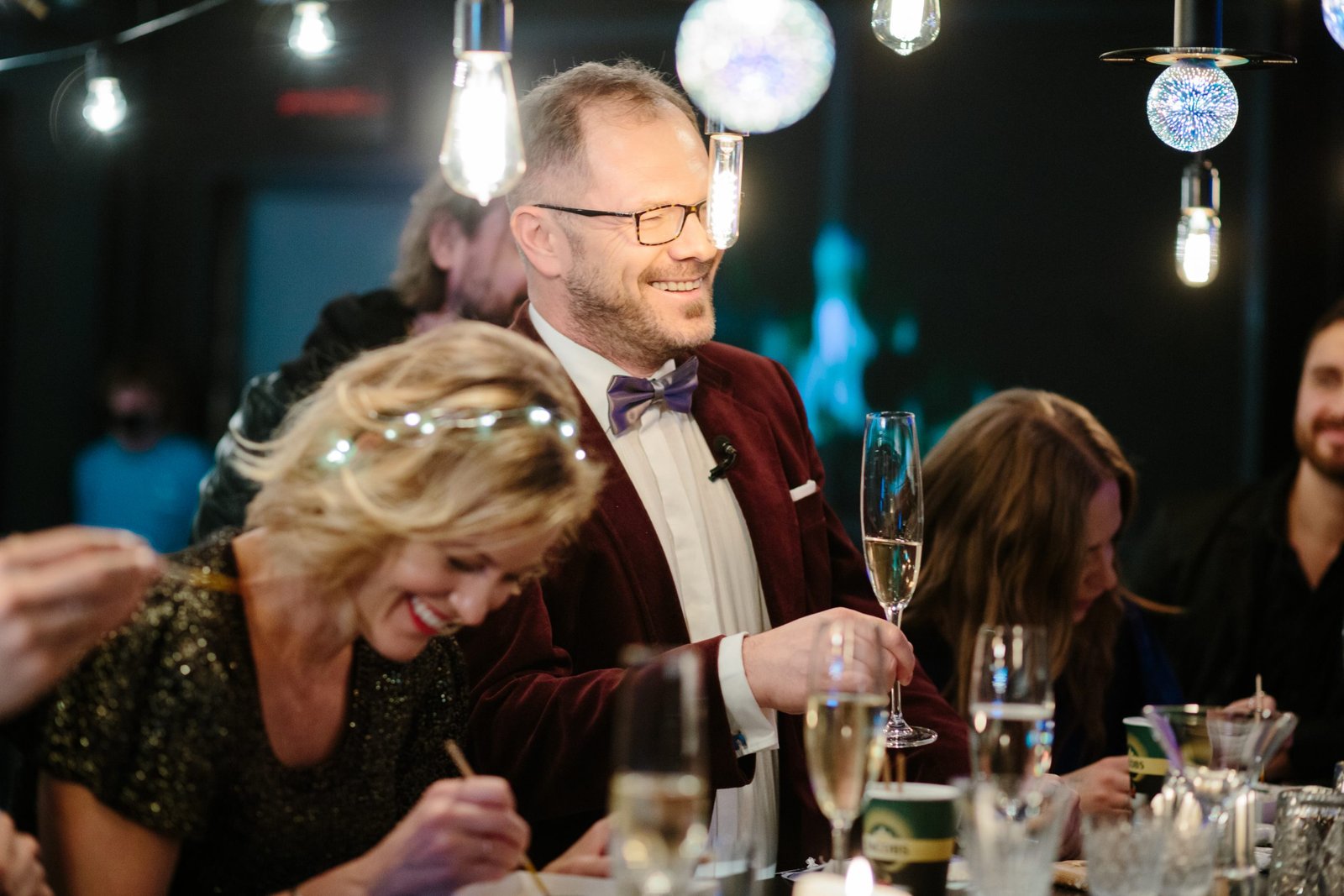 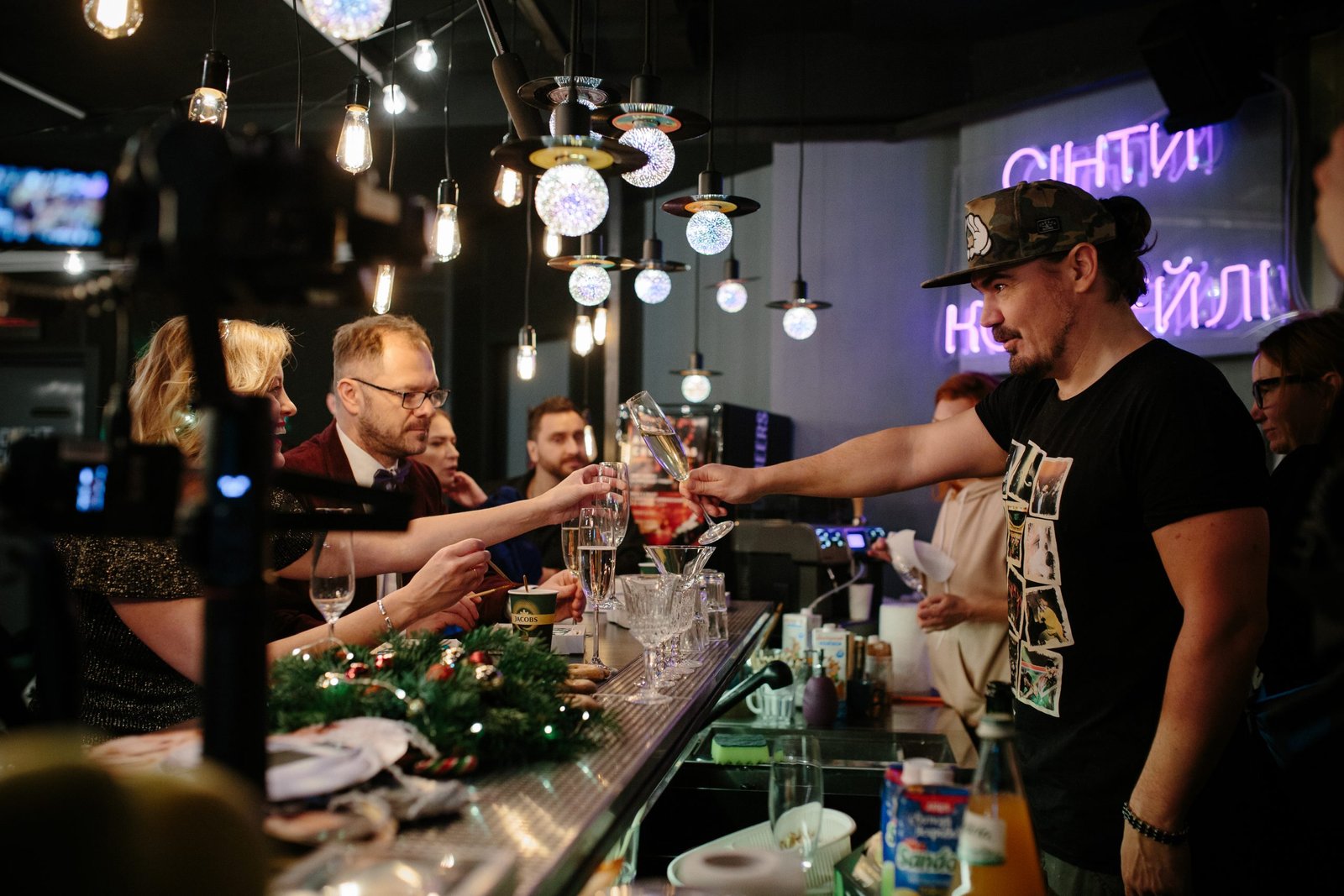 Artists drinking, talking and painting Christmas gingerbreads in a bar — for the camera. 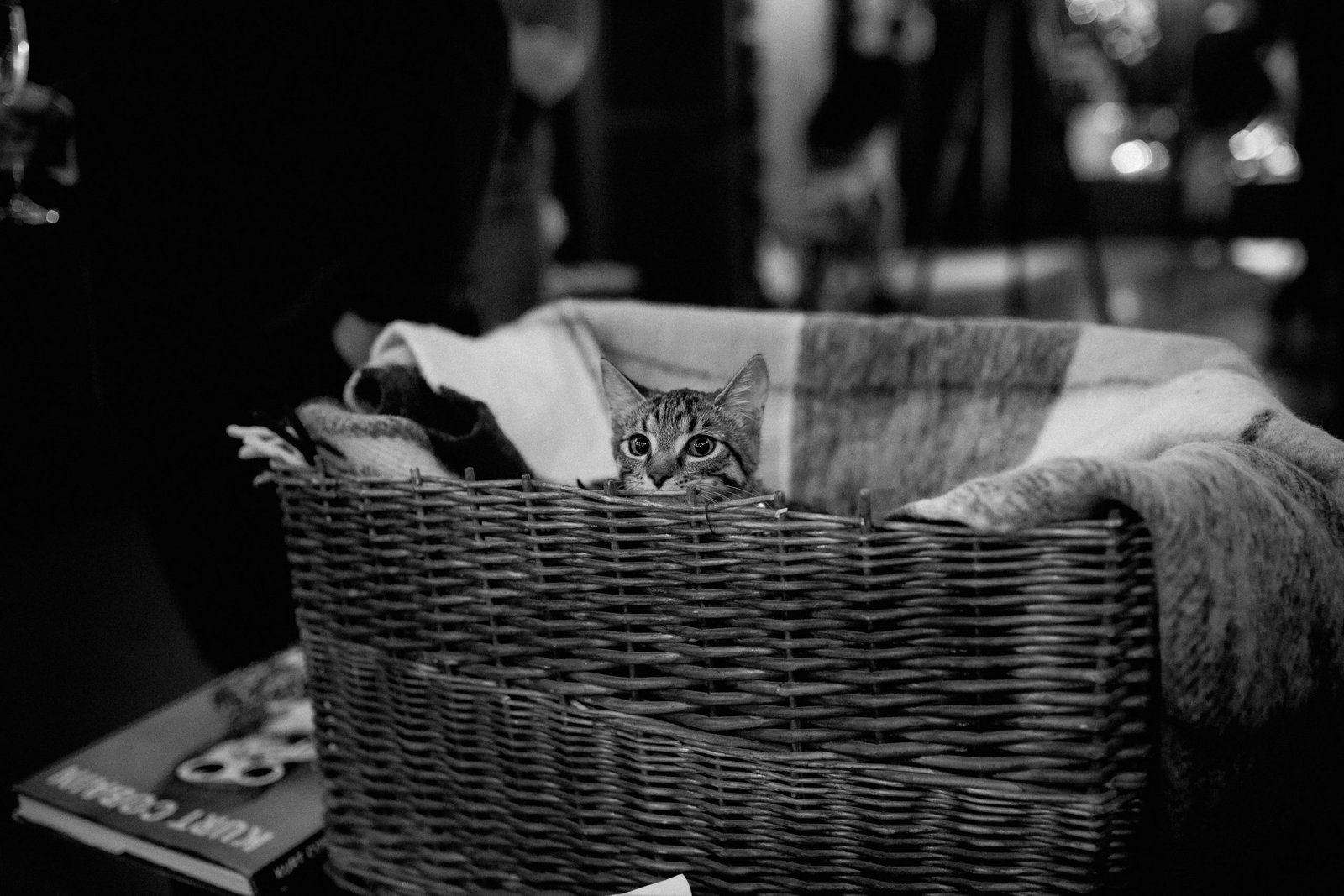 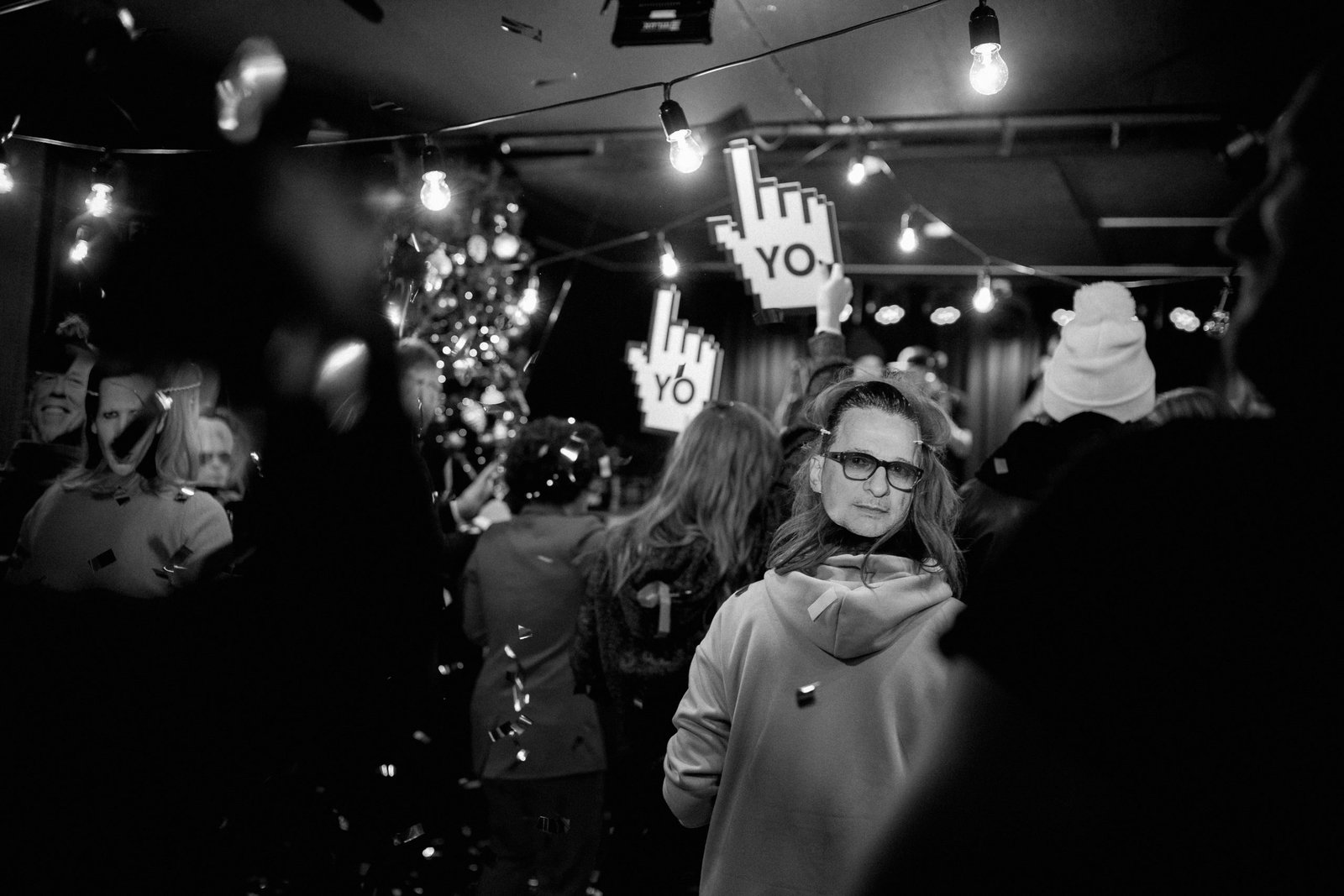 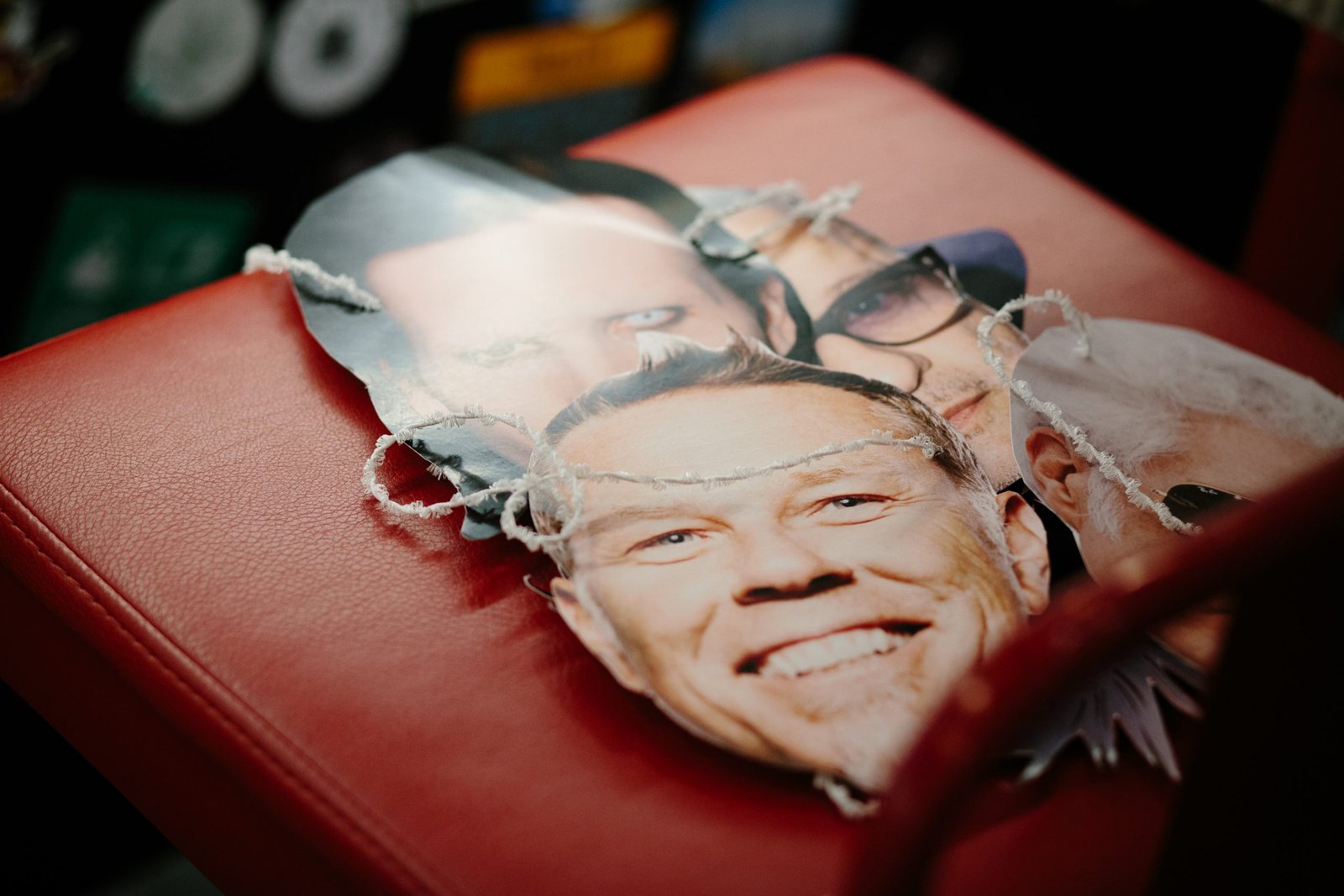 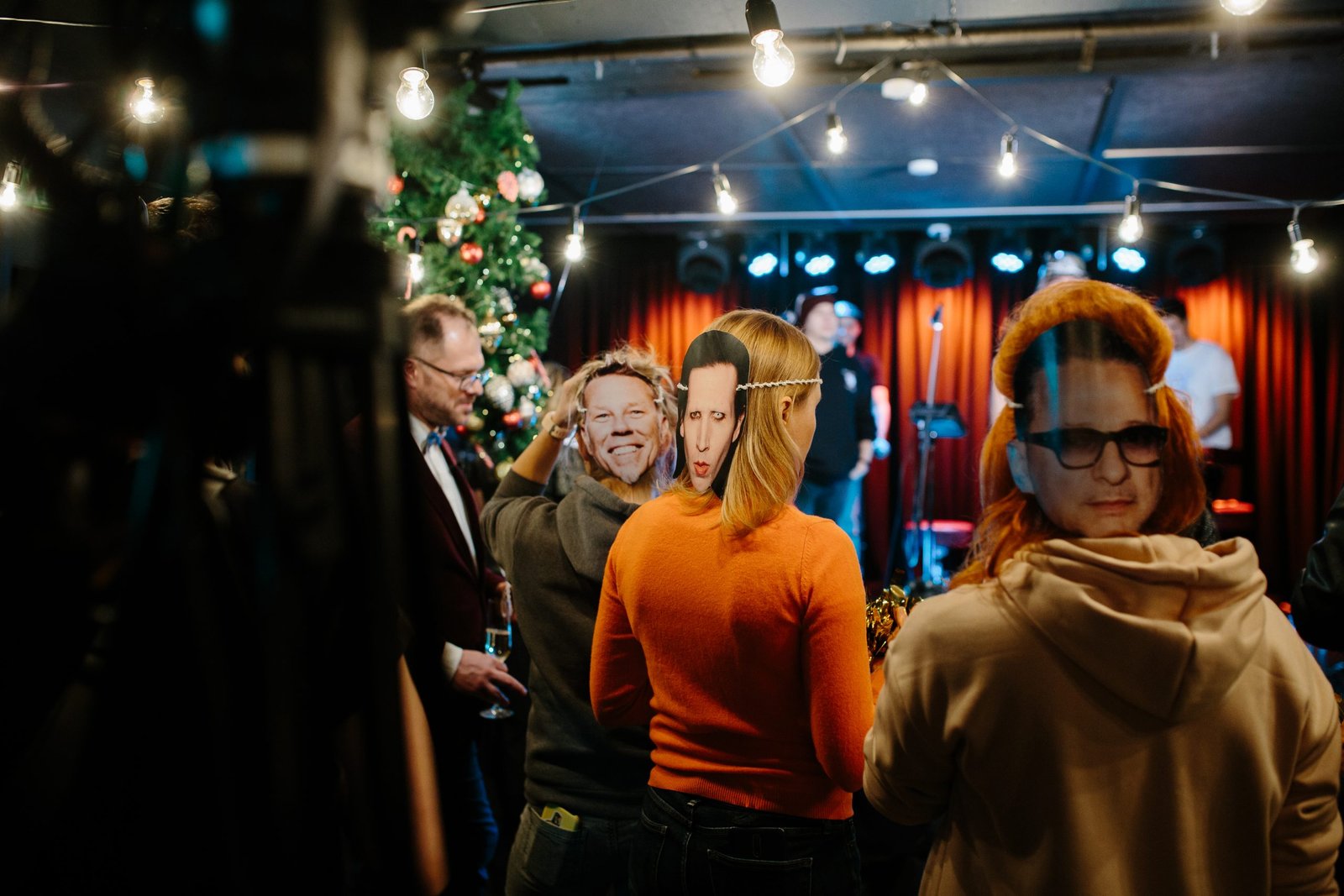 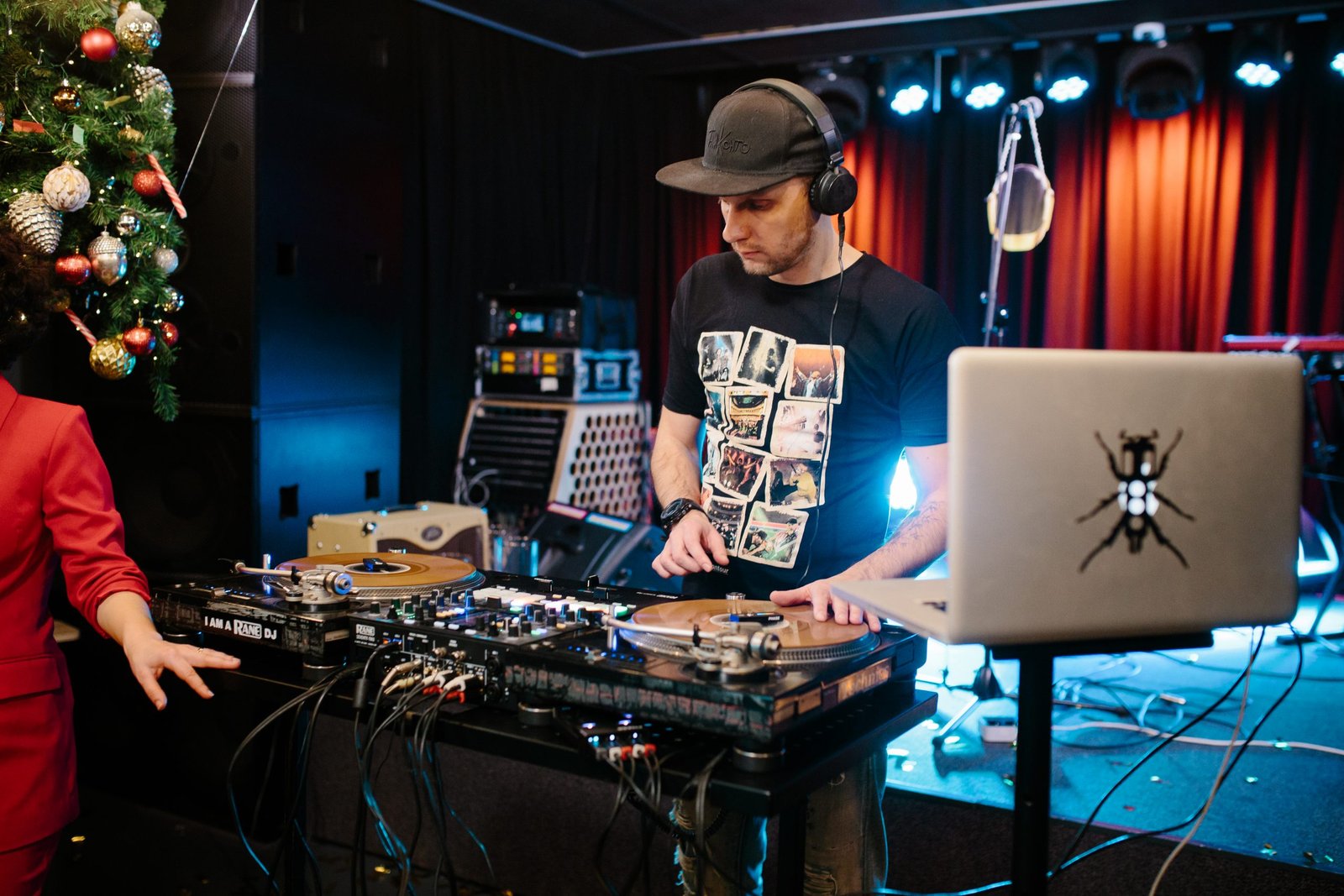 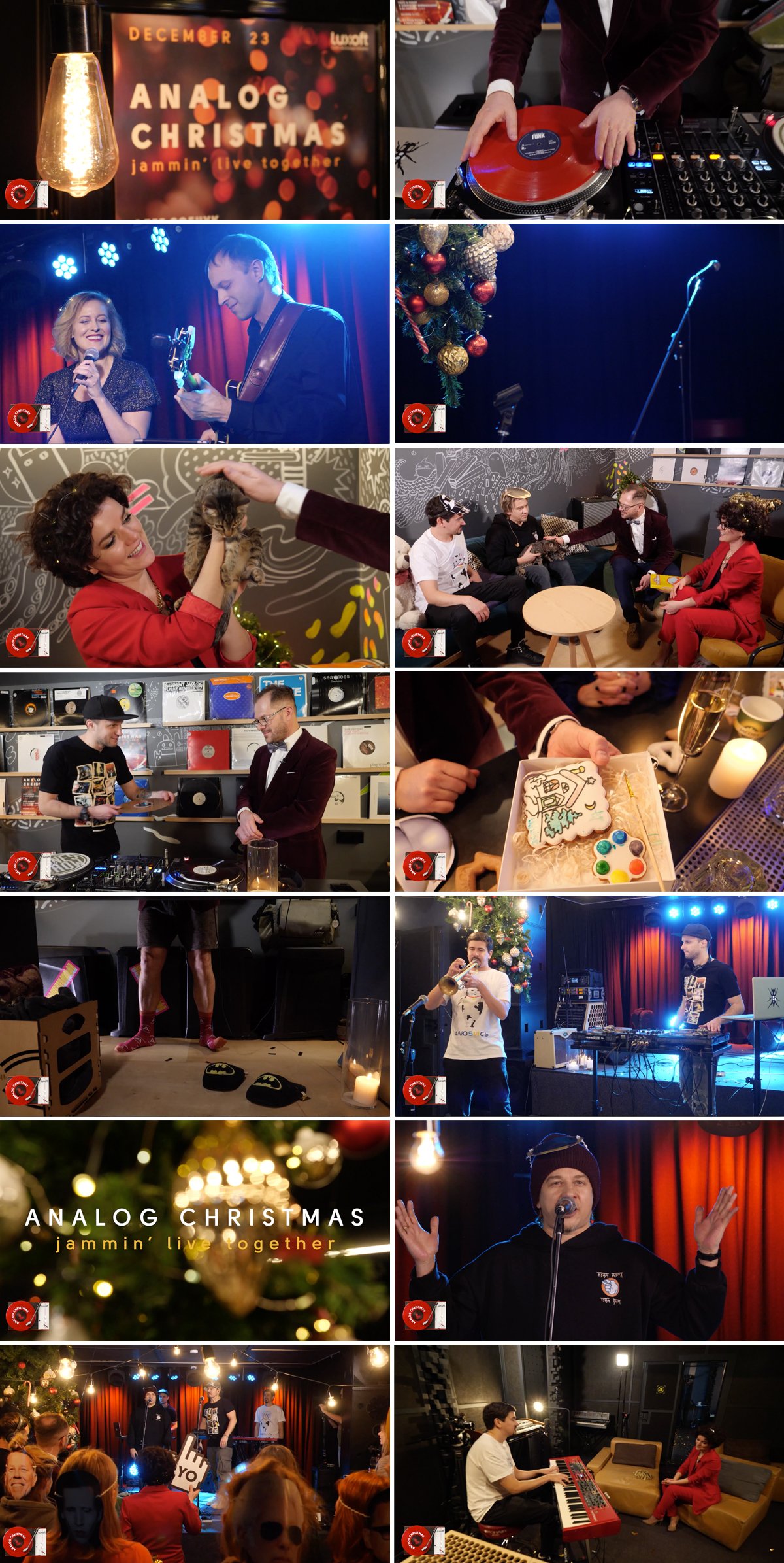 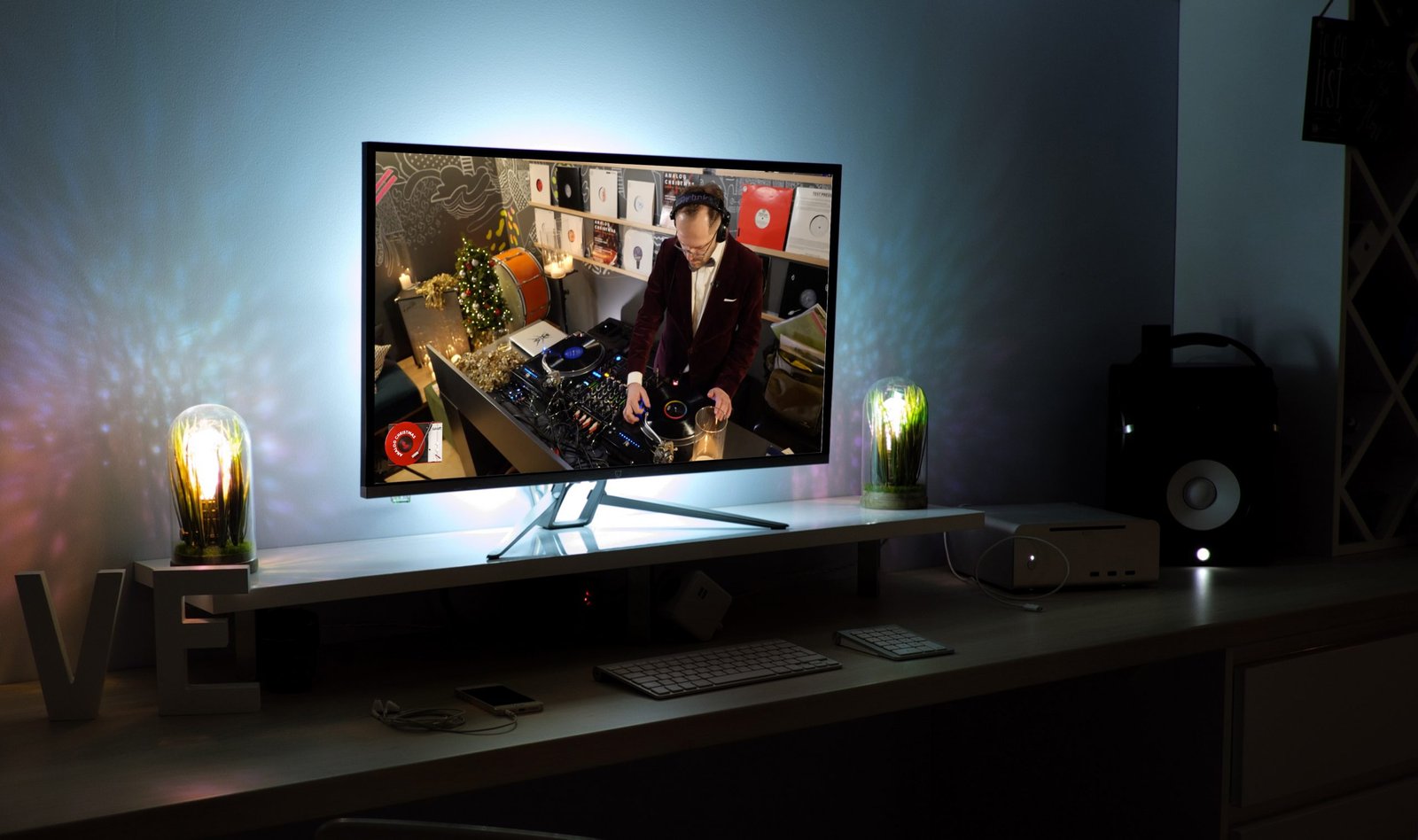