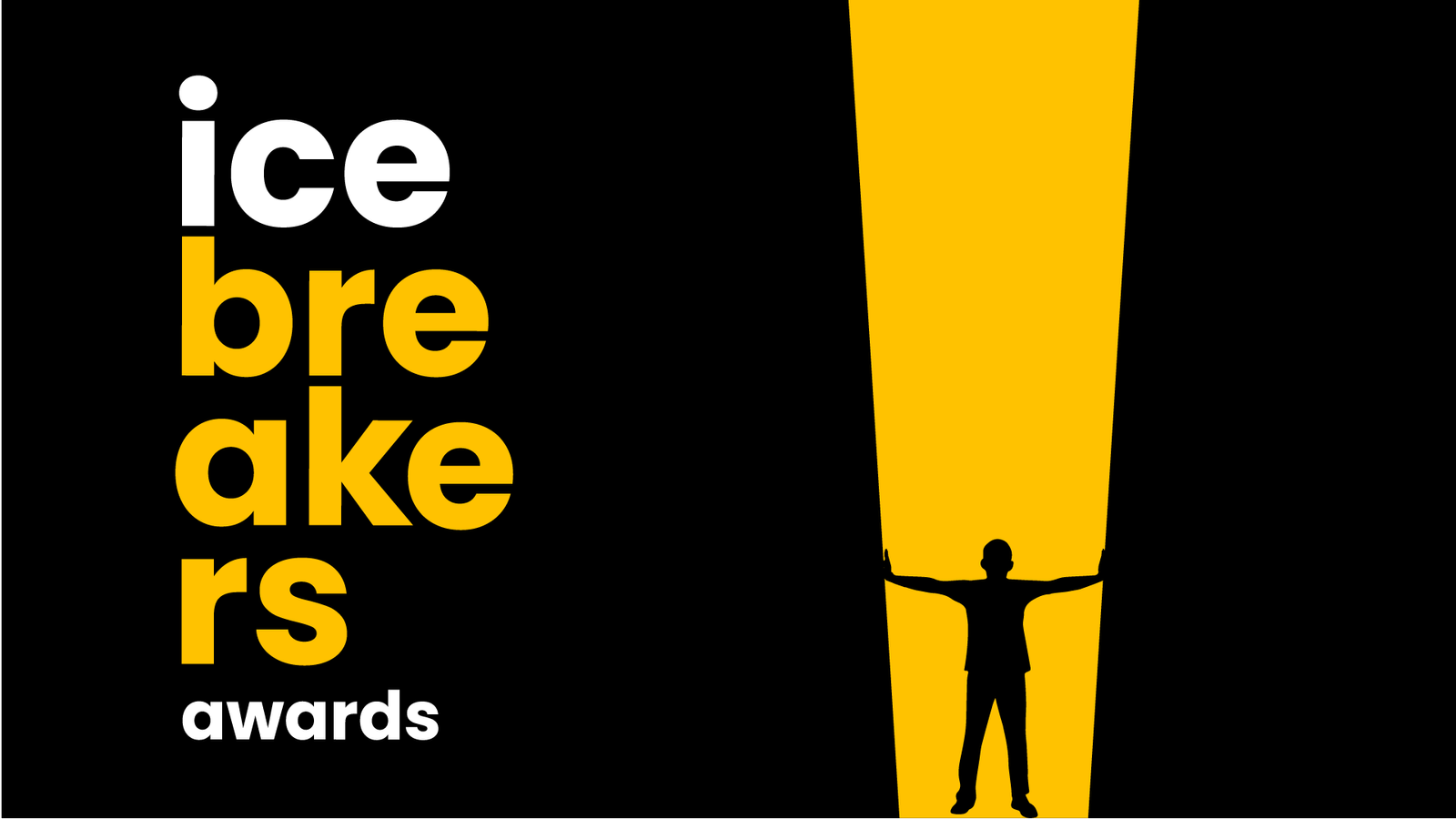 The task was to develop branding, visual communications and a website for The Icebreakers Awards.

“The Icebreakers Awards is the first civic engagement and human rights activism prize that focuses principally on Eastern Europe, the Caucasus and Central Asia. It aims to honour people and organizations that have made an outstanding contribution to civic activism, and especially defending human rights, by their bravery, creativity and ability to bring about a change. The awards are launched by the Helsinki Foundation for Human Rights, Poland, and they will be presented for the first time in 2022, during the 21st WATCH DOCS Human Rights International Film Festival.”

The idea behind the logo was to visualize ‘the break’ that the project’s title holds. A small human figure within a shape—as if against huge walls—communicates the idea of extra-efforts, of counter-parting a superior force—be it a prejudice, misinformation, a status-quo or a totalitarian regime that a social activist deals with. The crack a figure stands in symbolizes the successfulness of these efforts — even a small individual can break the system.

The colored version of the logo uses the yellow within the crack to visualize the light that gets into a crack. This also reflects the essence of journalists, investigators and human right activists’ work and mission — to shed the light, to highlight, to be on the light side.

Animated version of the primary logo for the website http://icebreakersawards.com

Slogan is meant  to emphasize the visual impression of the Primary Logotype. 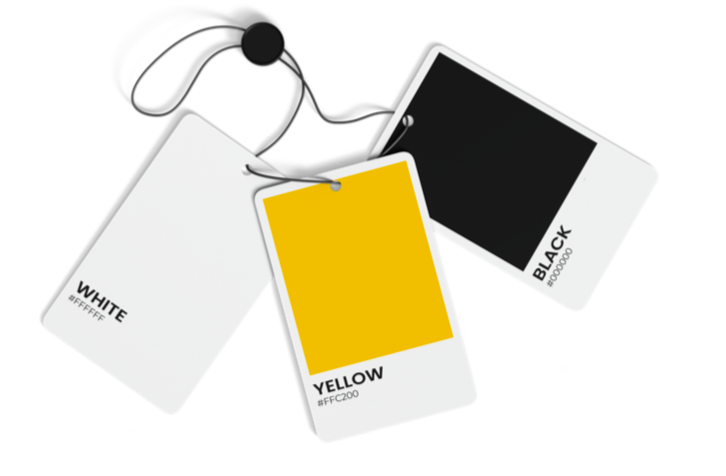 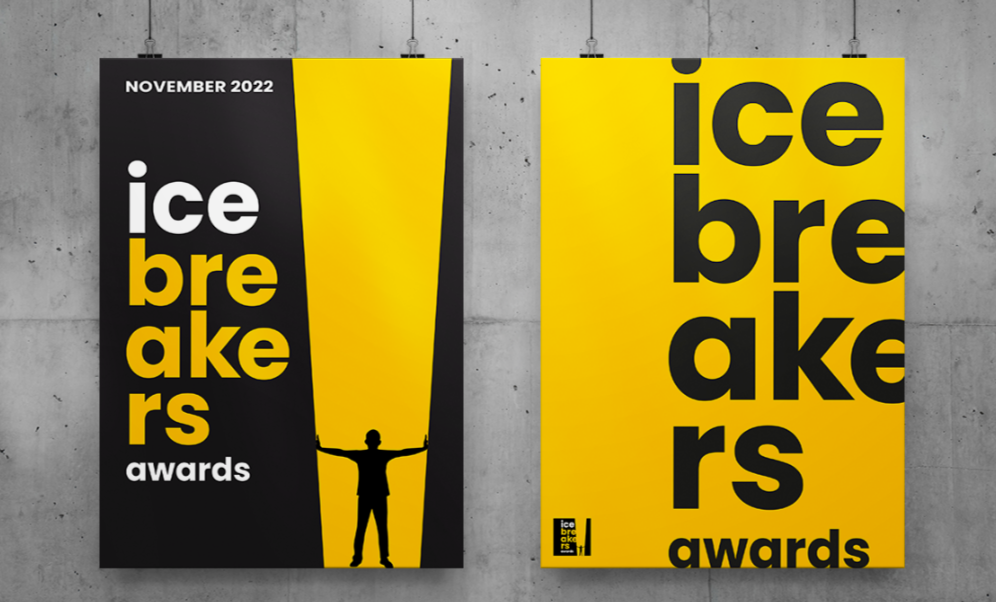 During the working process, the secondary logo, more convenient for a horizontal brand-carriers, was also developed. The idea behind it is bringing game-changers into the limelight. It is reminiscent of a stage spotlight illuminating the humble and sometimes unknown heroes fighting for human rights, democratic values and bringing about a change.

Animated version of the secondary logo for the website http://icebreakersawards.com 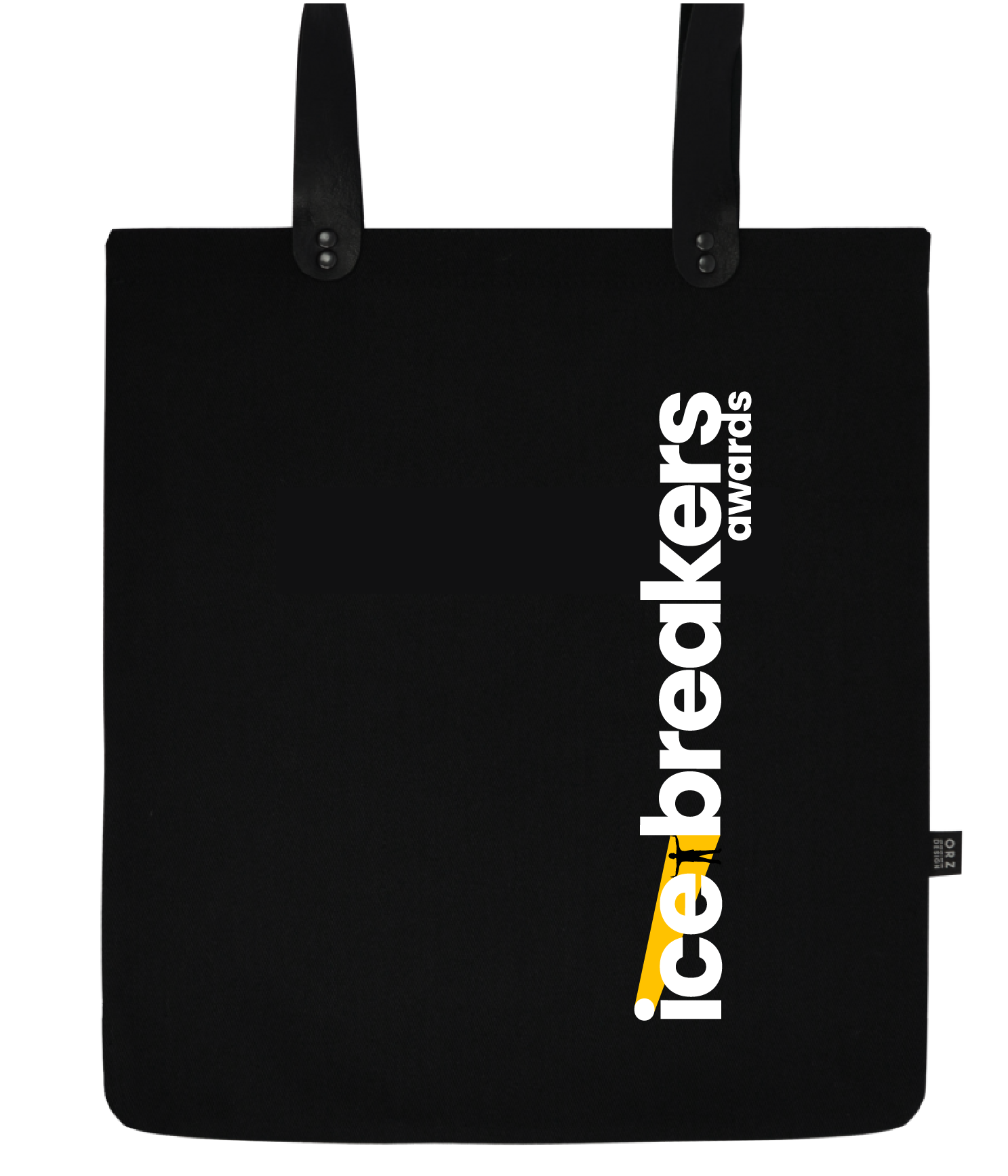 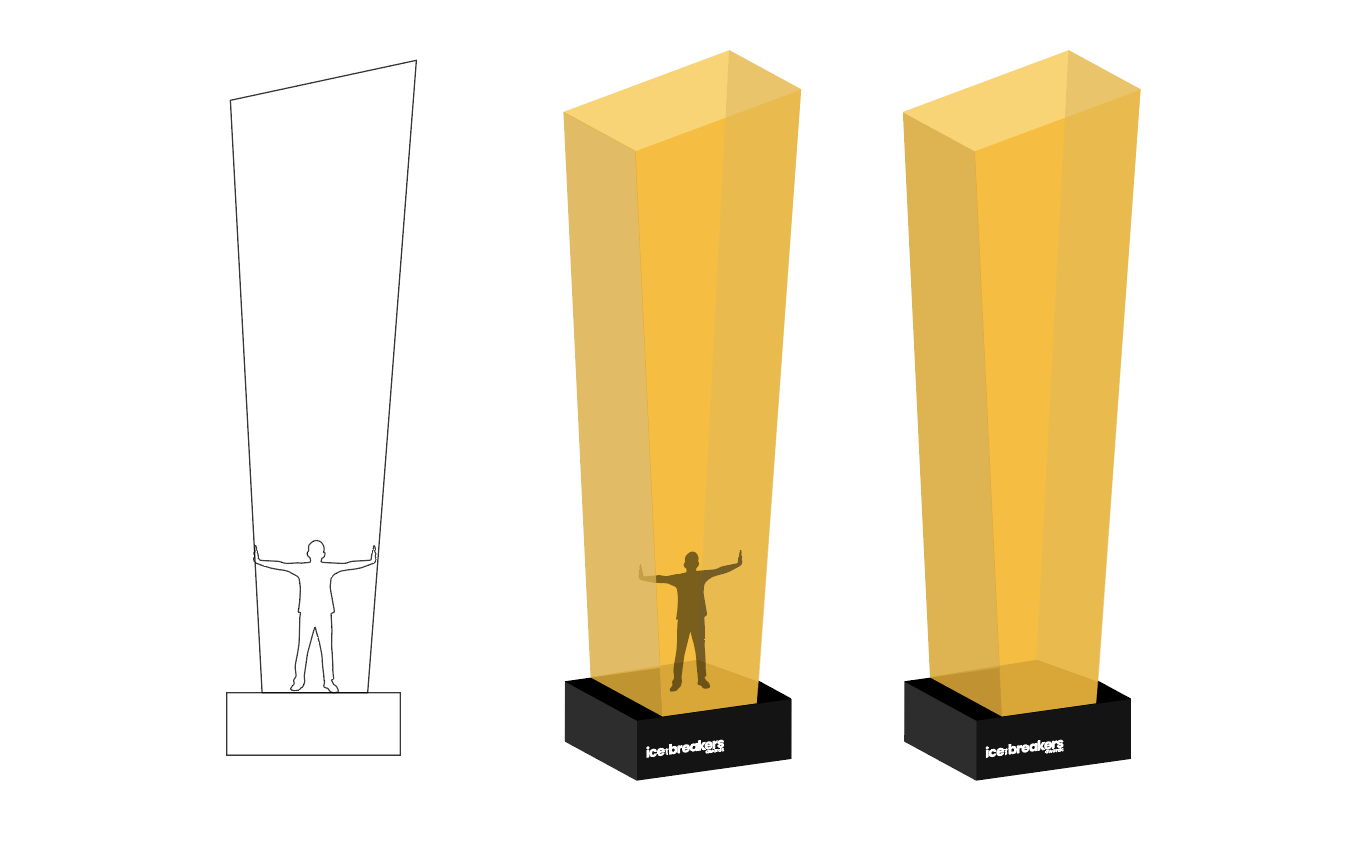 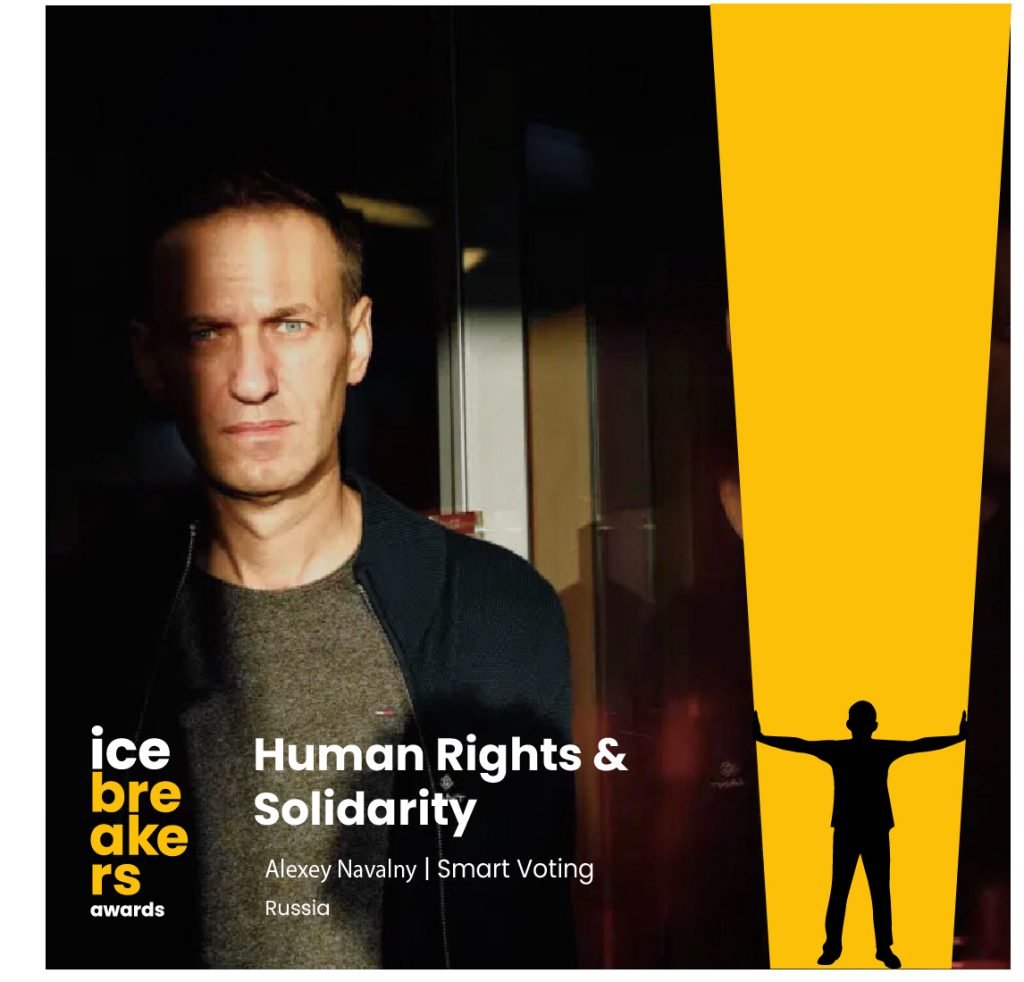 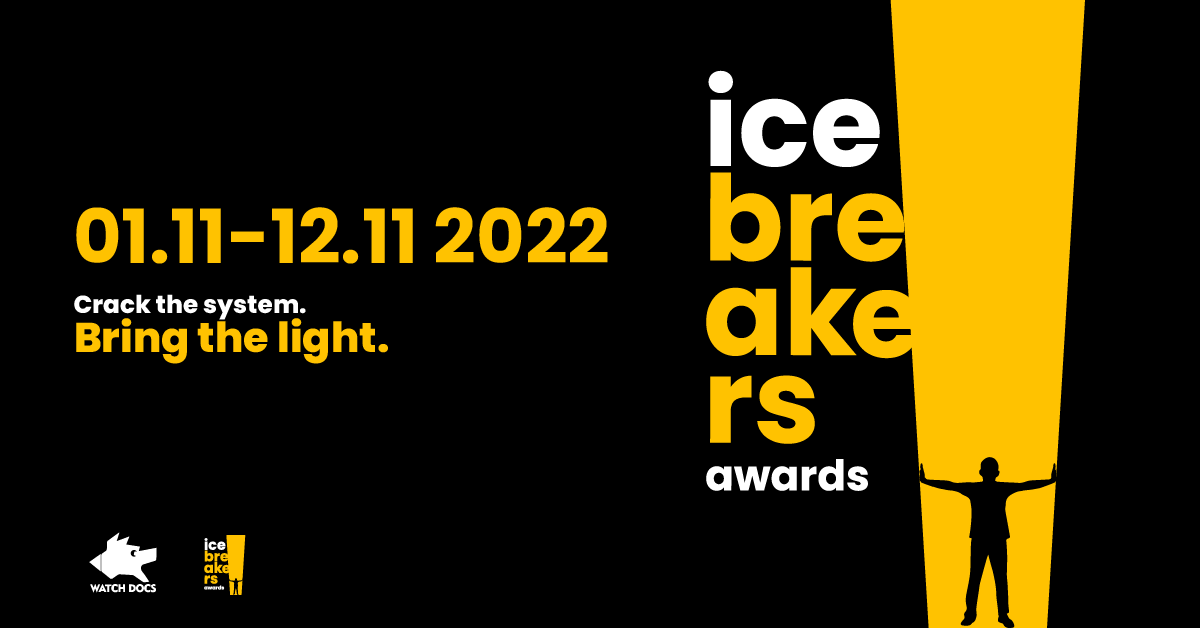