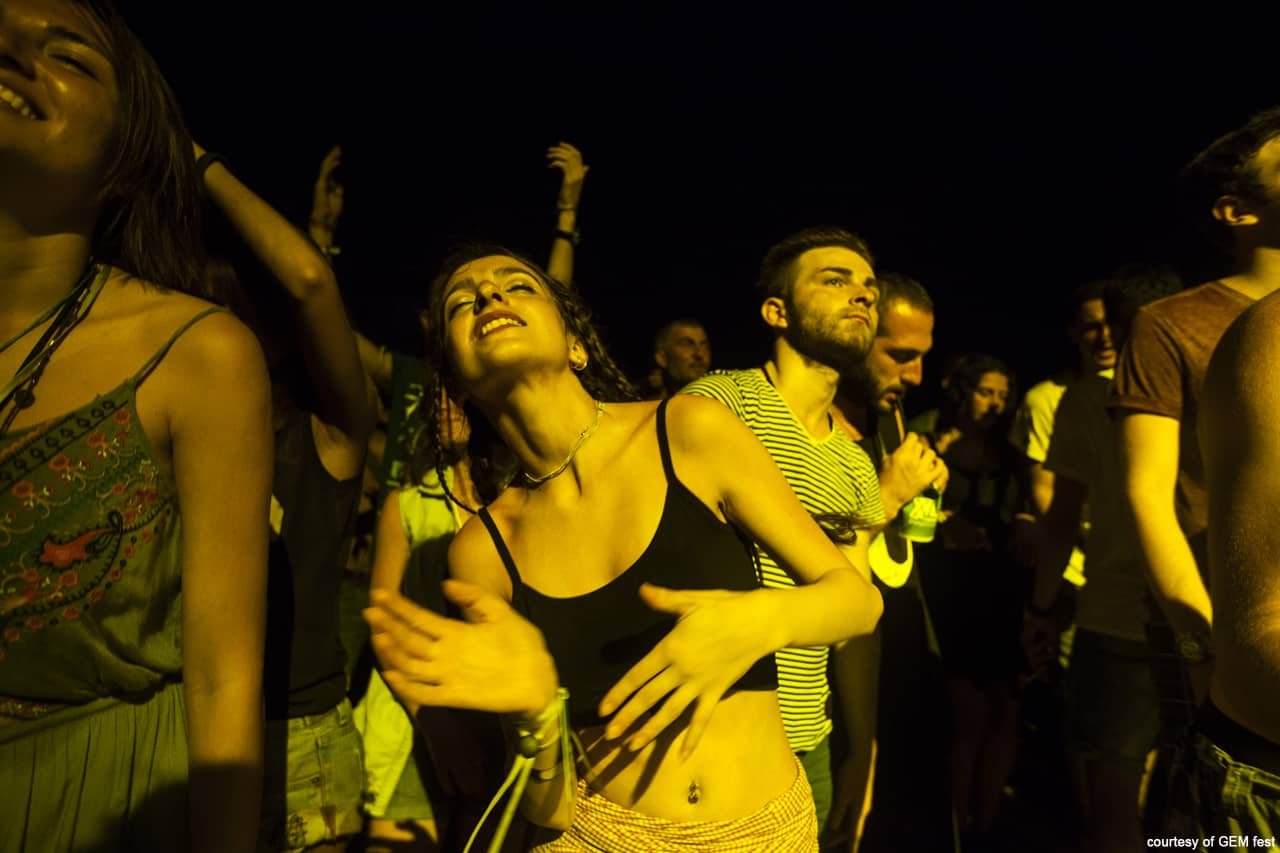 Let’s confess: great sex, as well as a great event, is rarity. It’s even safe to say that it’s the event in itself. Analysis of its ingredients could be really helpful and demonstrative, for there is actually much more similarity in these two things than one could think—and it’s not limited by ‘it’s hard as fuck!’ meme. So, even if you will never organize any events, armed with this knowledge, you will be able at least to re-organize your sex life in a better way. : )

Now try to recall your best sex experience. No, seriously. Why is it etched on your memory? What factors contributed to it? Loss of control, escape from the routine, unusual context? A skilled partner, passion, affection? What was it? Let’s generalize and denote some universal factors that make sex great.

1. Attraction: passionate desire to possess, to belong, to merge with someone. The stronger the craving, the more powerful delight when it’s finally satisfied.

2. Trance: an altered state of mind featured by reduced self-control, being in ‘the flow’ and focusing on one’s inner sensations. First thing needed for success in such a spontaneous sphere as sex is spontaneity—the skill to slip into this parallel reality of sensuality (‘to switch off the head’) and the ability to pull the other after you (‘to blow the other’s mind’).

3. Empathy: the ability to feel emotional needs and desires of the other. Dealing with someone who attuned to you, resonates with you and guesses your desires before you vocalize them amplifies the pleasure.

5. Love: adds a huge spectrum of bright sensations (to the degree of psychodelic ones) and compensates all the shortcomings of technique or entourage.

After a closer look it gets obvious that elements of good sex are totally applicable to a great event. Let’s go deeper into each of them in the context of event-making. 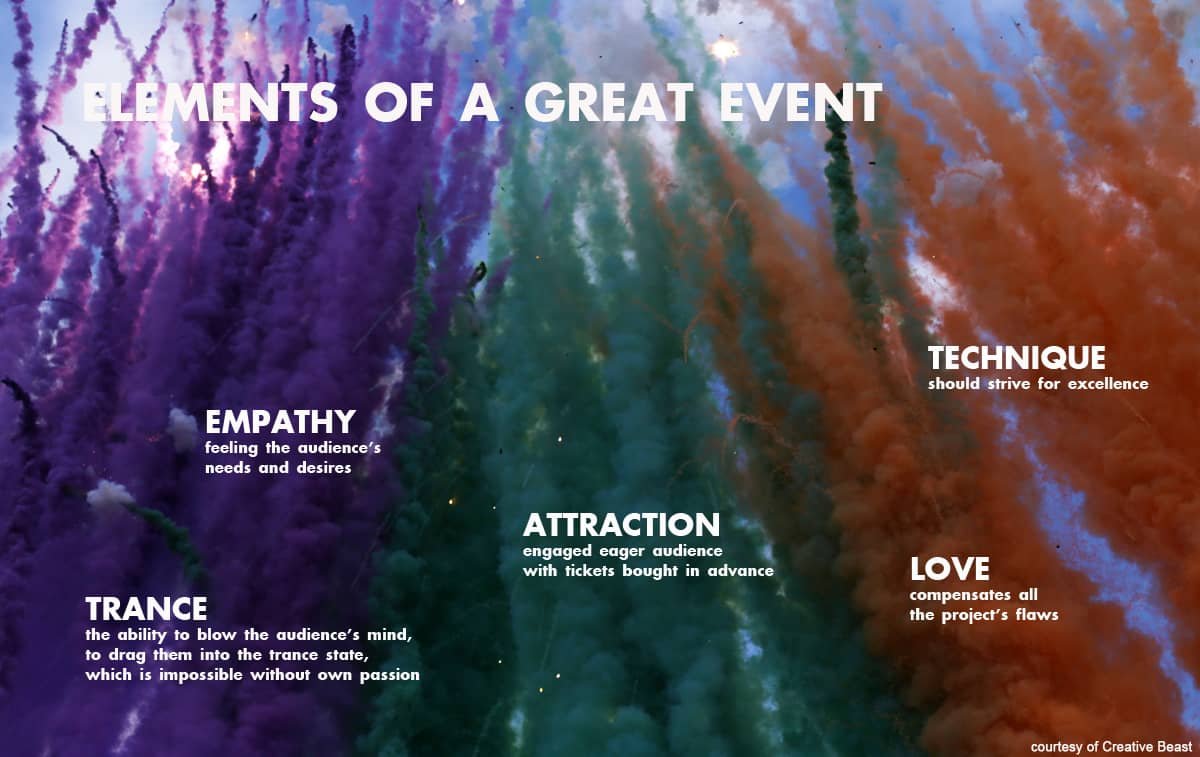 — Seduction is always more singular and sublime than sex
and it commands the higher price. — Jean Baudrillard

It’s impossible to have good sex without gravitation between people, neither is it possible to have a good event if your audience doesn’t want you—so first and foremost you have to attract it. ‘Attract’ means to infatuate the other, to ignite in them the desire to touch something what is percepted as beautiful and significant. The desire to seize it and make it own, to become a part of it. In other word, to be irrepressibly appealing for the one you want to appeal. It’s called seduction and it’s a fascinating love game.

Now let’s go back to events. Attracting the group of people is almost the same as alluring someone—the audience is not some abstraction, it consists of individual hearts and minds that you can entice away with your project. Knowing needs, dreams and sensitive points relevant for every subgroup of your Target Audience, knowing their ego ideal, you can work with these things and build the communication appealing to them. An event is a climax of the process of seducing your TA, and although it is very significant and shouldn’t be disappointing in any aspect, yet the most important thing happens before it. It’s in the process of communication you have to excite your audience, intrigue them, build their expectations, become significant part of their lives, make them dreaming about you and craving you. By the moment of the event your audience should be already heated and eager, wired and high on anticipation, they must long and rush for your event—thousands miles away, buying tickets months in advance. This is what great annual festivals like Burning Man and Coachella do. This is the very minimum your communication strategy should aim at. 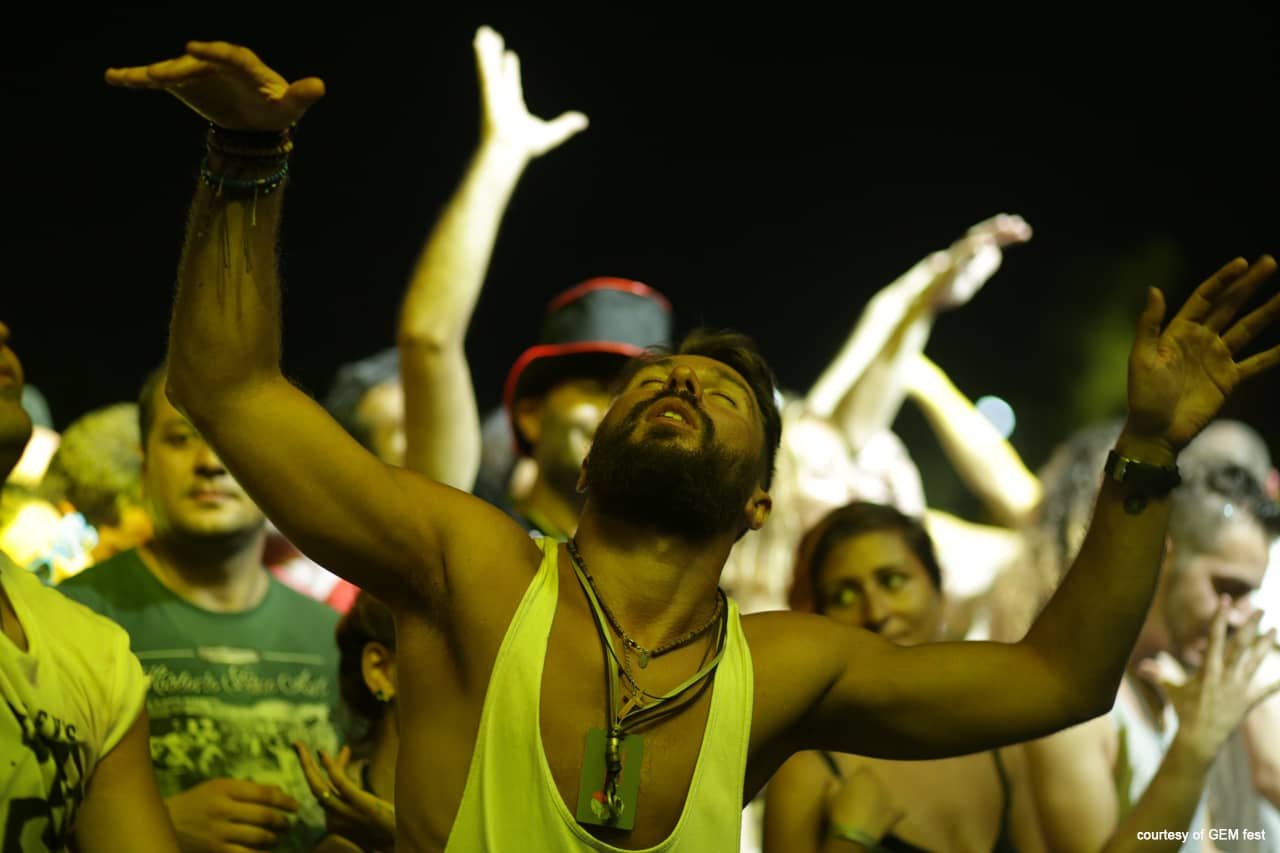 — The gesture of the amorous embrace seems to fulfill,
for a time, the subject’s dream of total union with the loved being:
The longing for consummation with the other…
In this moment, everything is suspended: time, law, prohibition. ― Roland Barthes

Scientifically speaking, trance is an altered state of consciousness, kind of intoxicating sensation similar to the effect of alcohol. Like the last, it’s associated with deactivation of some zones of the frontal cortex, reducing the consciousness’ control and anxiety and exacerbating the sensation of pleasure. It’s a state of flux, a parallel realm of chaos, spontaneousness, sensuality and passion that great sex is unthinkable without—it’s crucial to ‘switch the head off’ and slip into trance enthralling a partner with you. It’s not easy, for this state is elemental, irrational and uncontrollable; that’s why people tend to use alcohol and drugs—well, okay, some use meditation—to ease entering there.

Developing the analogy: in order to make a great event, you have to give this mindblowing experience to your audience. We are not saying that you have to mindfuck it, tho’ in certain cases, if done masterly and tenderly, it can be very effective—Michael Jackson, one of the greatest entertainers ever, was a great mindfucker, actually. But we experience a sort of trance not only when our libido takes over our mind, but also when we are totally captured by some process and enjoying it—dancing, making or listening music, writing, reading, exercising, working absorbedly—at this moment we are literally and naturally ‘high’ on what we are doing. Give this ‘dope’ to your audience. Give them self-oblivion, give a process that would be ‘a flow’ where they can abide. Grow tension and suspense that will result in the ecstasy of long-awaited re-unity. In the frame of an event ‘immersion in trance’ is also achieved through audiovisual stimuluses appealing to all the senses—such as music, light, show, design, art objects, decorations. Well, okay, bars at a venue help too. ; ) 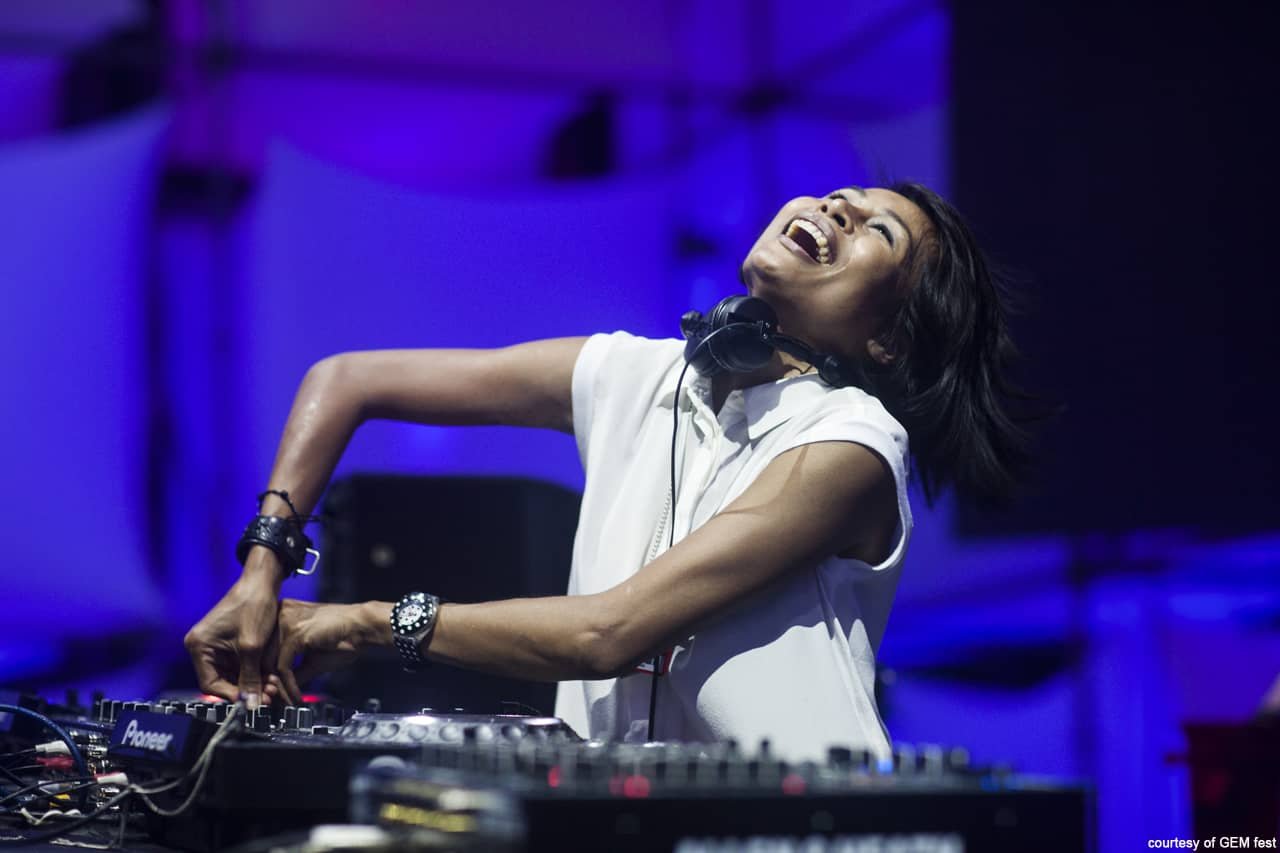 But your task is not only building and designing some breathtaking physical space, but creating another conditional reality with different rules—something of a game or a role play providing people an escape from everyday life. An alternate world with a greater degree of freedom and self-expression, where they can be someone different, activate their alter-egos and unleash their creativity, be a bit more wild, spontaneous, carefree, and in the end a bit more happy. And that work is rather mental and about your brand ideology and communications, than about construction work at a venue. (this is the topic of our next posts.)

And, as we already said, one of the ways to provide trance is to enthrall the other with you, for passion is contagious. But it’s unfeignable—you can’t ignite passion in anyone if you are dispassionate yourself and just imitate it. You have to burn for real, be in love with what you do, be passionate about your project in order to infect people with your ideas, to captivate and direct their attention, and flabbergast them eventually.

Empathy is an in-built tool of your psyche that allows you to feel and calibrate other people, understand their emotions, motivations, desires, behavior. Although passion is contagious, it’s kind of hard to enjoy sex with a partner who, ironcally, doesn’t give a fuck about you and just use you as a tool for deriving own pleasure. The same is about your target audience. If you are focused on your tasks, goals and benefits only, on your sells and rates, you won’t be able to see what your audience’s real needs and expectations are. Only understanding the TA’s actual emotions, their pains, desires and perception changing through the campaign, you can manage the process of communication, direct it, improvising on the way and giving people what they truly need. Empathy allows to read your audience’s hearts and minds like your own, and induce in every person this exciting electric feeling as if everything what’s going on was tailored exclusively for them. It creates that amazing effect when everyone in a crowd of thousands feels like you address them personally. And your message resonates in every heart, opening it to you, forming invisible but strong ties. Passion coupled with empathy can give birth to many great things, even to love.

4. TECHNIQUE. MUST BE PERFECT

By technique we mean knowledge what buttons to push on (figuratively and literally) and technology proficiency: deep knowledge on the technology of event organizing, promotion and show production. Knowledge of business rules, laws of genres, dramaturgy and perception. The process, team and risk management. Knowledge of marketing principles and your TA’s attributes. The wider the knowledge and higher the professional level, the better. Your technique must tend to perfection. 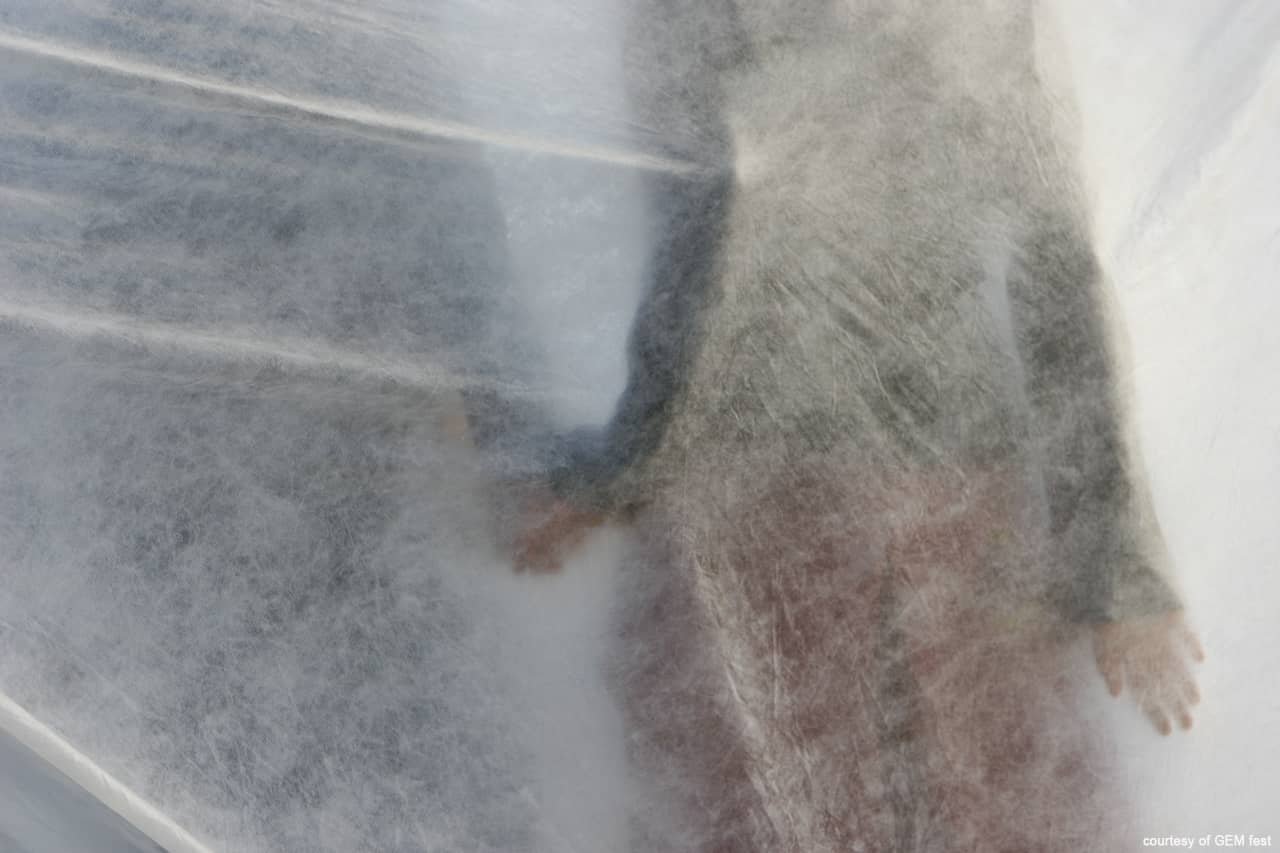 — The idealism of Love is the new realism of business.
By building respect and inspiring Love, business can move the world. — Kevin Roberts

Of course, both sex and an event can go well without love—attraction, technique and a blown mind are quite enough. But, just as love compensates all the flaws of sex, the same way it masks all the project’s failures and technical glitches (which are inevitable, since we all learn and make mistakes). The audience’s love is an incredible asset and an ‘airbag’ that will secure you even if you fail badly—the loyal audience will forgive you some screw-ups the same way we forgive our beloved ones. It can’t justify a project’s low quality, but shit sometimes happens, so the enamored tolerant audience is definitely in your strategic interests. Give people the sense of belonging to something great, meaningful, charming and they will become your own powerful army of promoters and the word-spreaders. But even this is not really significant. Love is that only ingredient that turns a sexual intercourse into ‘making love’ and turns an event into ‘the experience of lifetime’. Only this 5th element can give everything what’s going on between you and your audience the additional magical dimension. So, the maximum program of your campaign is to make people fall in love with your project. 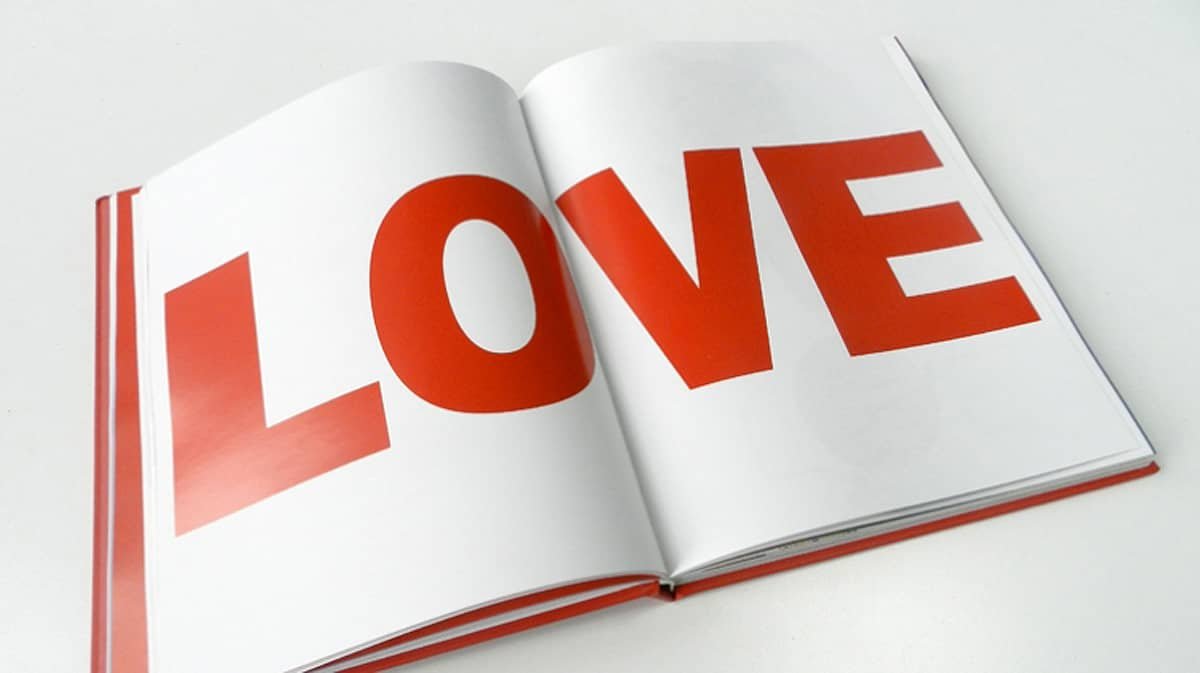 It was impossible not to mention here Kevin Roberts, the ex-worldwide CEO of Saatchi & Saatchi and the author of a revolutionary marketing concept described in the beautiful book ‘Lovemarks: the future beyond brands‘. His philosophy of ‘lovemarks‘—beloved brands we have irrational affection for—resonates with our approach so much that this article could even be considered a tribute to the man. His famous formula of a lovemark is based on 3 elements: mystery, sensuality and intimacy. They, in turn, are realized through following things:

— There are three secrets to emotional thinking — mystery, sensuality and intimacy.
It is a lot about story telling. Brands need to tell stories on their websites,
on their packaging and so on. Make sure your brand and company has a smell,
it has a sound, it has a feeland an intimacy with people.
Think about how you can build empathy. — Kevin Roberts

Part II: 3 Stages of an Event

Part III: How to infatuate your Audience

* Based on a lecture for event-makers