The task was creating a key visual for Jagermeister annual event — Jager Music Awards.  The image had to communicate the idea of a new world we had found ourselves in in 2020, which affected the music stage greately — there were much less projects released this year, but they took much more efforts & resources, and therefore deserved encouragement. We had to stick to the trademark color palette — dark green, orange and gold, as well as to fonts. We offered several options. 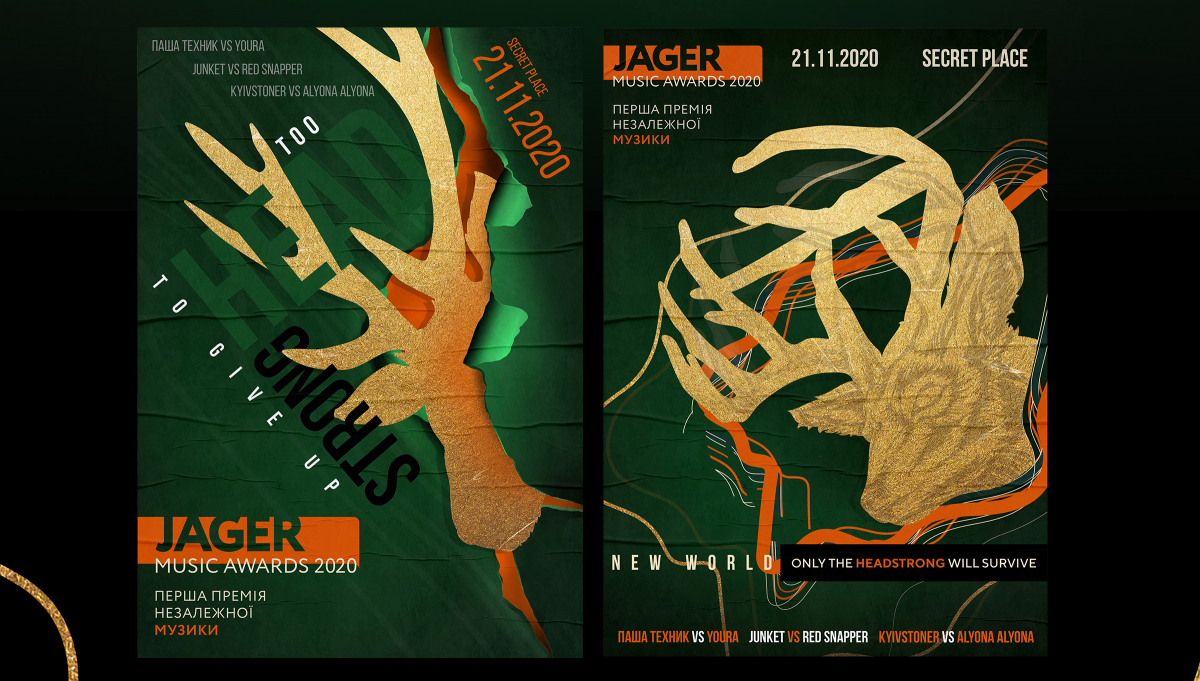 The first ones were playing with Jagermeister’s key image—deer antlers, which we made a symbol of persistence and stubborness. Golden antlers breaking the methaphorical wall were accompanied by the text ONLY THE HEADSTRONG WILL SURVIVE, slightly referring to the famous Jim Jarmusch’s apocalyptic movie. The option 2 was playing with The New World Order meme, using a font composition made of the world DISORDER instead. In order to explain and contrast the visual chaos, we used Nietzsche’s famous line ‘One must have chaos in oneself to give birth to a dancing star.‘ Which, in our opinion, perfectly highlight the current context — a huge mess out of which something beautiful comes along sometimes.

But the client requested something ‘more musical’, that would make the event’s profile more obvious. We came up with the next options, keeping the initial preconditions and implanting some music attributes. We chose a tangled cassete tape and an audio mixer’s cable mess to symbolize chaos of the new reality. The tagline was a reference to the Facebook relationship status ‘It’s Complicated’, opposed by the optimistic statement But Really Exciting. The client approved these options, made few small edits, but, unfortunately didn’t use them later due their own reasons. 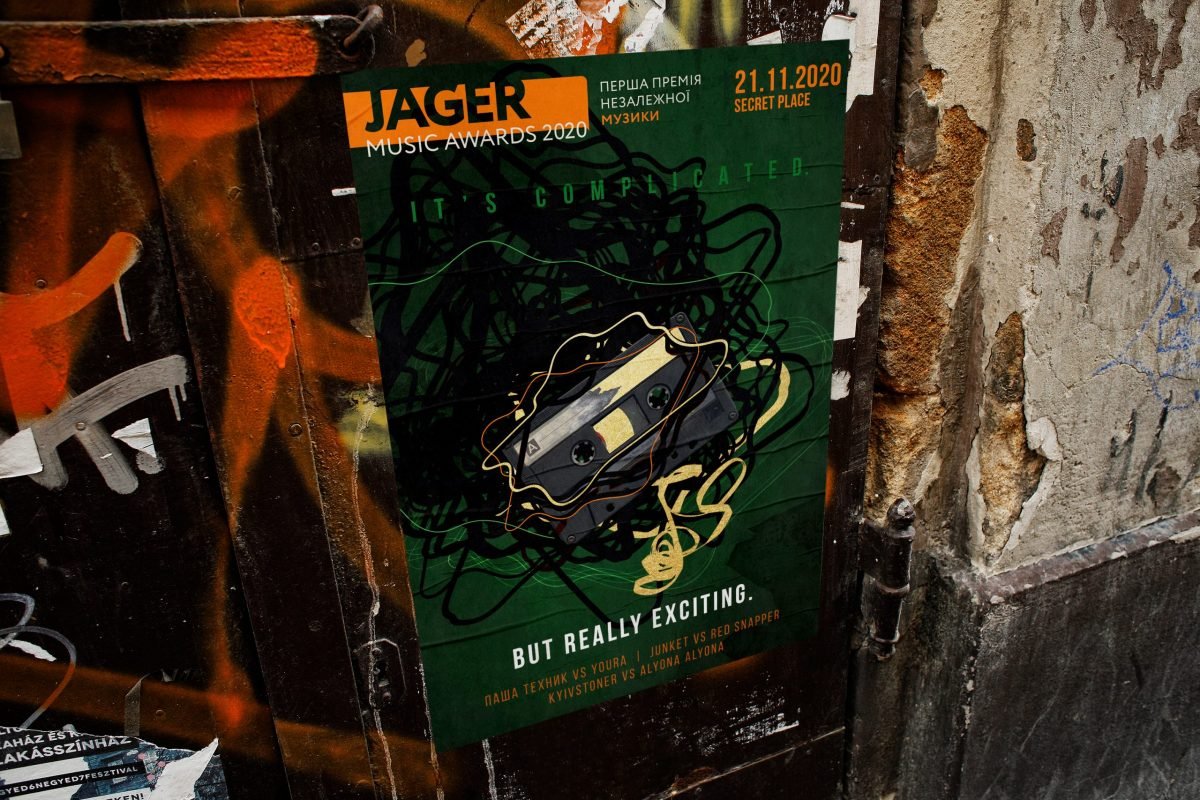